Things are so bad in Gaza, they need to use VR tech to show it to you 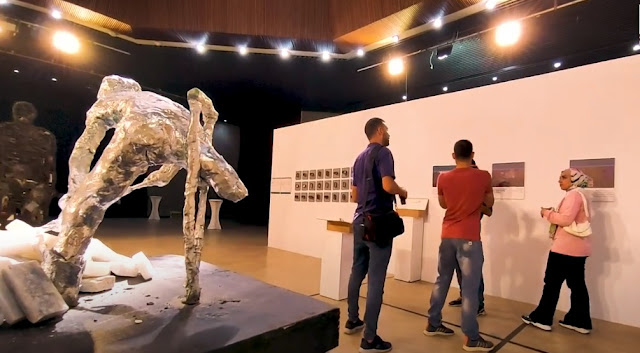 There is a new art exhibit in Gaza.
Sherine Abdel Karim uses technology to simulate the reality of the suffering of the people of the Gaza Strip as a result of the Israeli siege that has continued for more than 16 years.
Abdel Karim believes that virtual reality is the easiest way to convey the image of Gaza and the suffering of its people as a result of the strict siege on the Strip.
Karim displayed her project in an art exhibition organized by the International Committee of the Red Cross in Gaza a few days ago.
Here's what the exhibit looked like:
Gazans are suffering so much, they need to use VR technology to show each other how bad their lives are. Perhaps they forget?
In other news, poor besieged Gazans have art museums - and VR.
Abdel Karine has had many articles written and videos made  about her in Arabic media.
Palestinian "suffering" is big business.
Elder of Ziyon at Tuesday, October 04, 2022
‹
›
Home
View web version