Islamic Jihad insists it won the mini-war in May. Palestinians don't agree. 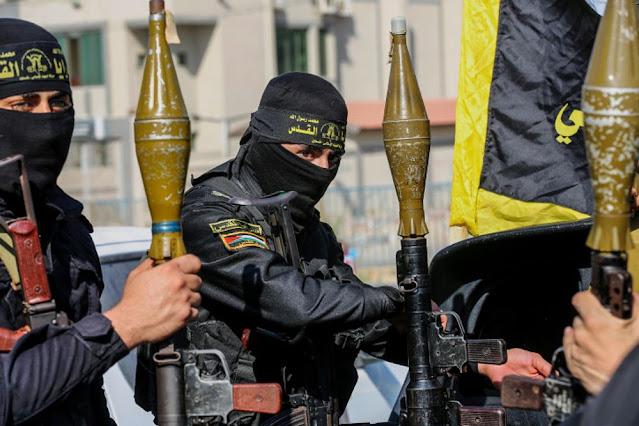 Islamic Jihad (PIJ) mouthpiece Palestine Today has several recent articles about how the May fighting was a great victory for them.
They quote a Lebanese "expert" who describes how they achieved their goals in the fighting. A delegation from Islamic Jihad went to Syria and described their "victory,' saying the war never ended.
One reason for these articles is that PIJ is celebrating its 35th anniversary.
But another reason may be because the Palestinian public does not consider Islamic Jihad to have won anything in May.
The PCPSR poll I mentioned yesterday asked Palestinians who won the armed confrontations.
42%  think that neither Israel nor Islamic Jihad won . But 27% (33% in the Gaza Strip and 24% in the West Bank) think Israel came out a winner while only 12% think Islamic Jihad came out a winner. Surprisingly, 11% think Hamas, who did not participate in the confrontation, came out a winner.
Half of the public (50%) says that Hamas’ decision not to become directly involved in the armed exchange between Islamic Jihad and the Israeli army was the correct decision while 37% say it was the wrong decision.  The view that Hamas did the right thing is more widespread in the Gaza Strip (68%) compared to the West Bank (38%).
Gazans, who have to live with these battles, are pretty much against Islamic Jihad for instigating the conflict, and they are happy that Hamas didn't join - which PIJ clearly wanted to occur.
Islamic Jihad is not very popular in Gaza right now. Its 35th anniversary activities and articles are partially meant to shore up its reputation.