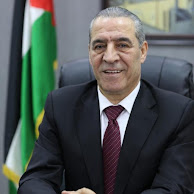 These tweets from leading Palestinian official Hussein al-Sheikh tells you everything you need to know about how biased the Palestinian Authority "investigation" of the tragic death of Al Jazeera reporter Shireen Abu Akleh will be:

#Israel has requested a joint investigation and to be handed over the bullet that assassinated the journalist Shireen, we refused that, and we affirmed that our investigation would be completed independently, and we will inform her family, #USA, #Qatar and all official authorities and the public of the results of the investigation with high transparency. All of the indicators , the evidence and the witnesses confirm her assassination by #Israeli special units.

They already have the verdict of "Israel assassinated her" before the sham investigation.
It is obvious to all that the Palestinian Authority intends to hide and bury any evidence that does not conform to their pre-determined conclusion.
This is the pattern of "investigations" by modern antisemites, from Amnesty to HRW to the UN and the PA. They go into the process with the intent of finding Israel guilty. They gather lots of evidence - but only report on evidence that supports their conclusions, and ignore the rest. (In the case of the UN, they create a framework that only admits evidence that supports one side.) People who casually look at their reports only see one side of  the evidence and assume that the investigators are acting in good faith, so they accept the conclusions that were written before the first piece of evidence is discovered.
The people from the Palestinian Authority to Rashida Tlaib to Susan Sarandon who have already concluded that Israel is guilty of a premeditated assassination with zero evidence are, by definition, Jew-haters. They know ahead of time that Jews are guilty and they will ignore any evidence that contradicts that.
Only rarely are they so obvious about it as Hussein al-Sheikh.