More information on Abu Akleh: Reporters KNEW there were Islamist snipers ALL OVER Jenin right before she was shot (video) (UPDATE) 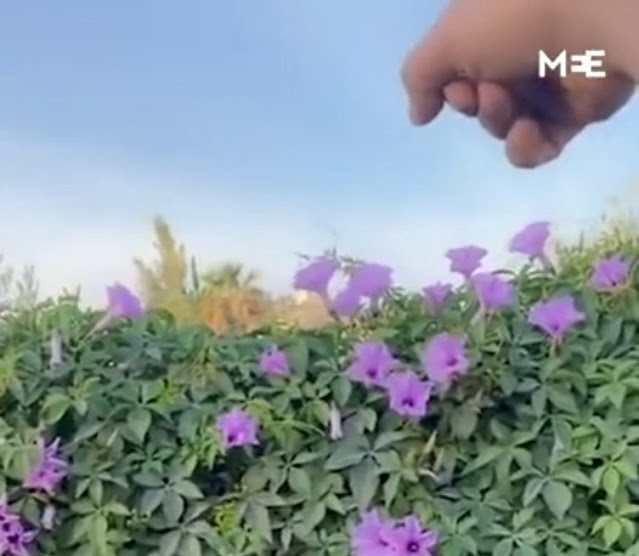 I just got part of the translation of the conversation between reporters (and I think a resident) in the minutes before Shireen Abu Akleh was shot. (I'm trying to get more.) The video comes from Middle East Eye, and is unlisted at the moment.
The transcript is a little muddled, but they are talking about the Palestinian snipers all over Jenin, specifically pointing to the southeast where I have been saying was the source of the gunfire that killed Abu Akleh.
Not just one - multiple snipers. In buildings.
Transcript that I received of the translation:

If the snipers were in (or on top of) buildings, they are the ones who shot Shireen:
* They are known to be in the "Goldilocks zone" of the exact distance away from the camera that would fit the audio of the shockwave and gunshot sounds;
* Their pattern of firing was not at all like the IDF's
* Their line of sight towards Shireen and the tree is far more credible than the IDF's,
* They are not as disciplined as the IDF would be.
_______________________________
As far as distance is concerned, the original Bellingcat analysis found the gunshot to be  between 177 and 184 meters from the microphone. CNN, quoting the same acoustics expert, says it is between 177 and 197 meters. That's a big change from the same scientist!
(UPDATE) I asked the academic how he came up with his numbers, and he very nicely explained it to me (and now I see my earlier estimates were wrong.) There are still some assumptions, and Bellingcat mentioned muzzle velocity as if it was average velocity which is wrong.  Dr. Maher assumed an average velocity at 100 yards of 762 - 884 m/s and under those conditions it comes to between 171-191 meters for 306 ms delay.
I will ask him where these assumptions came from and what kind of gun.
UPDATE: Middle East Eye mentioned the terrorists walking around the southeast of Abu Akleh on the day of the shooting, and even drew a map showing where they were! 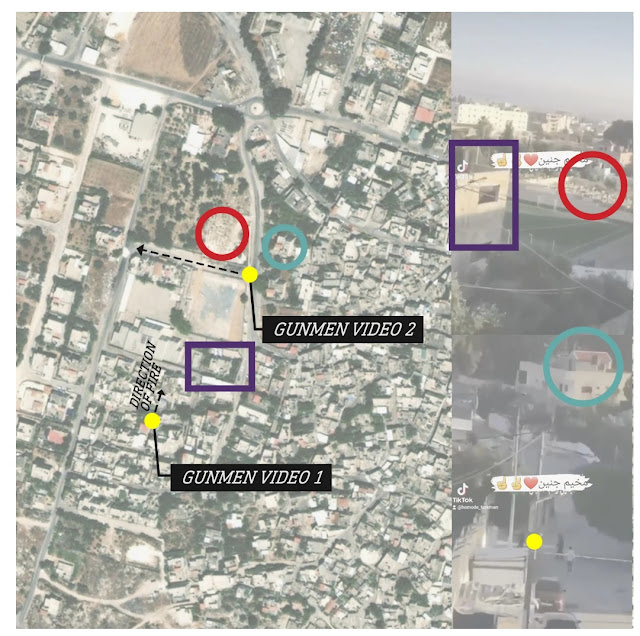 Why in the world didn't Bellingcat and CNN mention these other gunmen when doing their analysis? At first I thought that the source was simply overlooked, but MEE is a major anti-Israel publication. Their existence seems to have been widely acknowledged in May 11, and then they disappeared from the scene.
(h/t Jonah B)
Minor update: The muzzle velocity would be the fastest the bullet ever goes, it slows down as it goes through the air. This would indicate the estimates of distance to be on the lower end of each type of weapon, and that makes it less likely for the IDF to be Abu Akleh's shooter.