The "flood libel" returns for this year's rainy season in Gaza 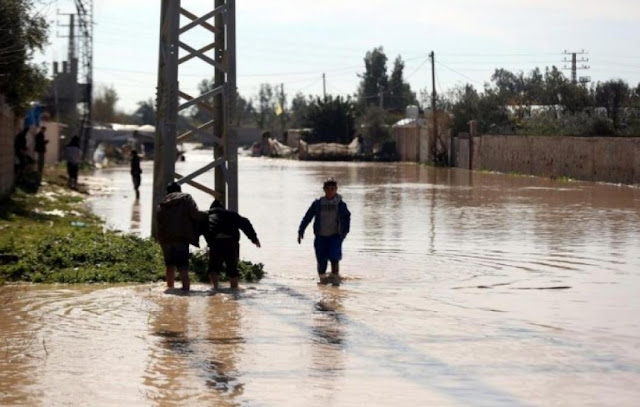 It's been raining heavily in the Levant, causing some localized flooding throughout the region.
And, like every year, Gaza officials are blaming their own flooding on Israel opening up non-existent dams.
The Nusseirat Municipality in the central Gaza Strip "confirmed" that the "Israeli occupation" opened the dams around of Wadi Beit Hanoun, threatening an environmental catastrophe, as the opening of dams leads to the flooding of the stream and the flooding of neighboring areas and houses.
The head of Hamas's  Winter Emergency Committee, Zuhdi Al-Ghariz, also said that "the Israeli occupation opened dams in the east and north of the Gaza Strip on Sunday, which threatens to cause a humanitarian and environmental catastrophe for the people of the Strip."
Back in 2015, after AFP parroted the absurd claims to widespread derision, the French press agency belatedly went to the Negev to see if any dams existed and found that it was a Palestinian conspiracy theory with no basis in reality.
In fact, some of the responsibility for the flooding from Wadi Gaza comes from Gazans themselves.
"Wadi Gaza is liable to flood in an area which is about 70-100 metres wide but in some of these places, there has been illegal construction and cultivation, which has reduced this area to 15 or 20 metres," Munther Shoblak, a senior official in Gaza's water utility, told AFP at the time.

Notice that this year the libelers are emphasizing blaming Israel for the "environmental catastrophe" aspect. Only last week, the anti-Israel graphic designers at Visualizing Palestine (favored by Human Rights Watch) accused Israel of - get this - "climate apartheid." Because, you know, the Jews control the weather.
They also threw in "green colonialism," "greenwashing" and "environmental racism."
Throw them in a blender and pour them out and the letters all spell out "Antisemitism." 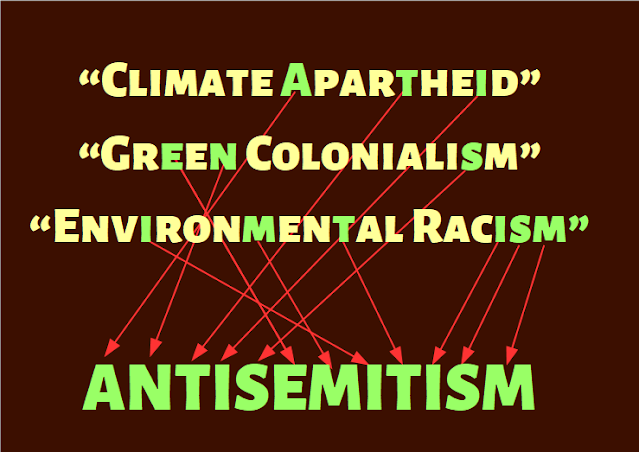