Is the US Holding Israel’s Iron Dome Hostage to an Iran Nuke Deal? (Guest post by Dave Bender) 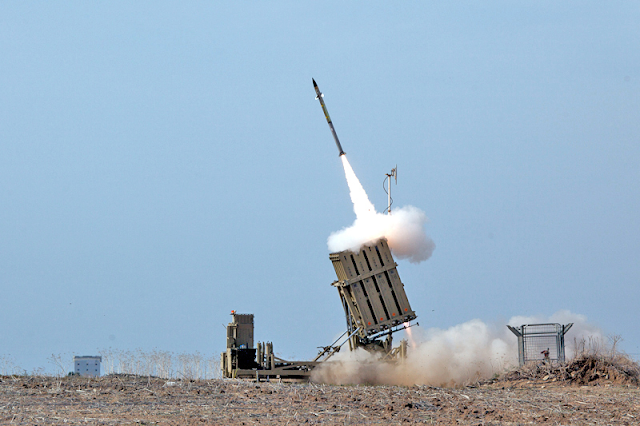 Is the US Holding Israel’s Iron Dome Hostage to an Iran Nuke Deal?

This, while P5+1 group (US, UK, China, France, Germany, Russia, and the EU) reps wrangle with Iran in Vienna through - so far - no less than eight contentious sessions over terms of restarting the 2015 Joint Comprehensive Plan of Action (JCPOA).

“...the Zionist regime has forgotten that Iran is more than capable of hitting them from anywhere,” the Tehran Times histrionically boasted in a December 2021 front-page article, entitled, “Just One Wrong Move.” https://www.jpost.com/middle-east/tehran-times-publishes-targets-iran-will-attack-in-israel-688785

On Monday, Israeli Prime Minister, Naftali Bennett, told the Knesset parliament’s crucial Defense and Foreign Affairs Committee that, “Israel is not a party to the agreements,” and warned that the Jewish State “is not bound to what will be written in the agreements if they are signed,” according to a JNS report. https://www.jns.org/bennett-sends-message-to-iran-vienna-talks-wont-tie-israels-hands/

And so, Israel is “investing in security rearmament,” to the tune of an immense NIS 60 billion ($19.2 billion) due to what Bennett called an “[Iranian] octopus that constantly threatens Israel.”

“Both Hamas and Hezbollah maintain large stockpiles of ballistic rockets, in addition to mortars, anti-tank missiles, and other munitions. While Hamas does have Iranian-made weaponry, a significant amount of its arsenal has historically been indigenously made, as a result of the ongoing blockade against the Gaza Strip. Hamas has produced several types of rockets, notably the Qassam series. Hezbollah’s stockpile has in the past consisted of former Soviet models, including Grads and Katyushas, but, like Hamas, now has Iranian-made heavy and long-distance rockets like the Fajr series.

Additionally, the Alma Research and Education Center, reports that Iran has deployed a wide array of “medium-range and long-range surface-to-surface missiles inside fortified shafts,” at a site near Palmyra, in eastern Syria. https://israel-alma.org/research/

But while last summer's unfulfilled promises to resupply crucial defensive measures remains a vital concern to Israelis, the regional conflagration the delay could yet ignite apparently remains - seriously and serially - misjudged and maybe even selectively ignored by the US Administration and its cohorts.

The May conflict with Gaza saw over four thousand rockets fired at metropolitan areas, and some 16 Hamas-Hezbollah rockets fired south out of southern Lebanon into civilian areas later in the year, with the Iron Dome successfully downing some 90 percent of them.

However, 12 Israeli civilians and an IDF soldier were killed, and over 300 wounded, and millions of dollars in economic damage was sustained in the 11-day operation, according to Israel’s Foreign Ministry https://mfa.gov.il/MFA/ForeignPolicy/Terrorism/Palestinian/Pages/Operation-Guardian-of-the-Walls-10-May-2021.aspx

In Gaza, the IDF said some 460 misfired rockets fell short within the coastal enclave, killing and maiming an unclear number of reported non-combatants. Hamas-affiliated medical officials reported some 260 deaths to the UN and Human Rights Watch, although Israeli researchers say almost 50 percent of them were affiliated with terror groups.

So without freeing up funding (which is invested in American jobs to design and construct the strictly defensive interceptors), recalcitrant US lawmakers need to plainly know: your foot-dragging is likely to get many more people killed.

We in Israel see you and we hear you, and the results, if not intent, of your deeds - and misdeeds - are clear to us:

If the State of Israel is hit in any future conflict by volleys of even more thousands of incoming rockets or payload-carrying UAVs and cannot respond sufficiently due to a lack of Tamir interceptors, the government and IDF will have no other choice but to respond with far more kinetic firepower than anything seen so far - and at targets very near and very far - in order to suppress and stop the deadly salvos aimed at heavily-populated civilian areas and strategic facilities.

And even at that, despite the “standalone measure that passed with overwhelming bipartisan support,“ but still withheld in the Senate, rebuilding the supply of interceptors takes time, due to the relatively slow manufacturing process, with cost (and likely Covid) being an inhibitor.

On the other hand, Hamas and PIJ [Palestinian Islamic Jihad] use less sophisticated - but no less deadly - rockets that are manufactured quickly, at a much lower cost.

In order to stop them before they are even launched, the sanctimonious caterwauling over previous IDF pinpoint strikes on terror targets on and cross-border will be deafened into silence by the unleashed fury out of Zion.

Speaking as a nearly-two-decade IDF artillery NCO and infantry grunt (St.Sgt.- ret.) who served in and around Gaza, and as a two-decade reporter in Israel please understand: the howling existential threats uttered by Iranian-financed, trained, and led regional proxies and their determination to eradicate us will not deter us, but the countdown to the next steel rainstorm is ticking very loudly in our ears these days.

So forgive us for being distracted by the growing chorus calling for our demise; beyond the virtuous, virtual moral Disneyland of “knowing what's best for us" hectoring, "America first!" jingoism, and unrequited "tough love" missives penned from six thousand miles away - we’ll bleed real blood and treasure due to those withheld projectiles.

And so, in order to defend our families and the sole Jewish homeland against sworn foes bent on our collective destruction - despite an unspoken defensive arms embargo - don’t be too surprised by the justified ferocity and extent of Israel’s response.

And our lack of apology for stopping our would-be killers and their murderous plans.

Dave Bender is a US-born, four-decade Israeli immigrant and self-described, two-decade “ever-recovering reporter,” in Israel, and was an award-winning reporter at two NPR affiliates in the States. Since then, he’s developed a photography/videography career and would, mostly, just as soon be beekeeping with his wife, and enjoying his kids and grandkids.