The architect of the Sbarro pizza shop bombing, Ahlam Tamimi, is celebrating her name being removed from Interpol's list of people wanted for arrest.
This photo seems to have been taken at a party for Tamimi's legal victory. 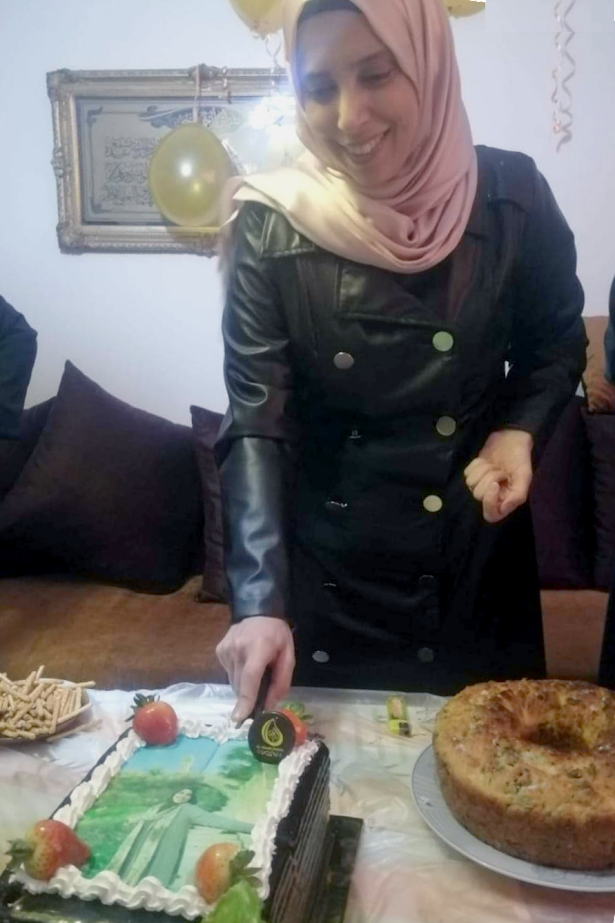 The photo has been circulated only in the past few days, so it seems to be a reaction to the Interpol news.
Interpol's letter itself is sickening: 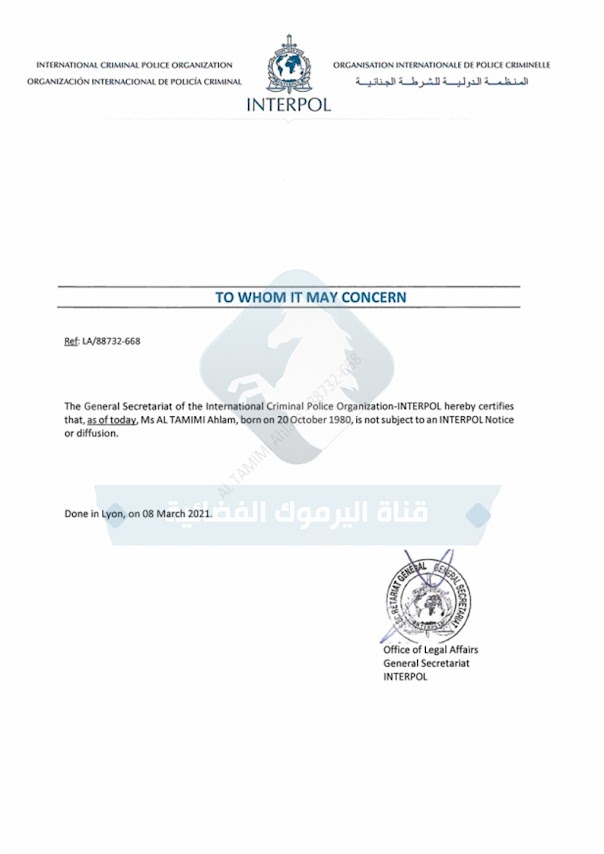 This means that this murderous and proud child killer can now travel to other countries besides Jordan without fear of being arrested by local police.
Tamimi's supporters say that this was the result of one and a half years of legal pressure to Interpol.
Her lawyer, Mustafa Nasrallah, claims that the US attempt at extradition is illegal because she has already been tried and convicted in Israeli courts and this is therefore "double jeopardy." That is simply not true, the US has every right to try her for her role in the murder of two Americans killed in the Sbarro attack.
Meanwhile , Tamimi is celebrating her new freedom in a country that treats her like a celebrity while pretending to be against terror.
Elder of Ziyon at Sunday, March 14, 2021
‹
›
Home
View web version