Below is a letter sent by Rep. Rashida Tlaib, Alexandra Ocasio-Cortez, Ilhan Omar and other anti-Israel members of Congress to Secretary of State Antony Blinken.
The disregard for the truth by members of Congress - on the record - is breathtaking.
1) These members of Congress are not advocates for the rights of the Palestinian people. They have never said a word about official discrimination against Palestinians in Lebanon, Jordan and Egypt. They have never said a word about Palestinians imprisoned and tortured to death in Syria.
They are not pro-Palestinian - they are anti-Israel.
2) The request to investigate whether Israel uses US equipment to demolish the homes of terrorists to dissuade future attacks is not a serious request. Every dollar sent to Israel is earmarked for specific purposes, and there is already an extensive audit mechanism in place, as there is for all money that goes for foreign aid. The only purpose for these repeated requests is to slander Israel and get the media to imply that Israel is misusing US funds. It is meant to cast doubt in the minds of Americans who are not aware of how transparent the process of aid to Israel is.
3) Israel is not obligated under the Fourth Geneva Convention to provide free vaccines to Palestinians. Both Geneva and the Oslo Accords (which cannot and would not contradict Geneva) make is clear that  the primary responsibility for health care in PA-controlled areas is the PA itself, and they are the ones that must ask Israel for help if they want to. With rare exceptions, they haven't, and when they have, Israel has provided them with what they requested - thousands of vaccines to the West Bank which were promptly given to PLO cronies, and thousands more to Gaza from Russia.
4) As of the date of this letter, Israel had given far more than 5000 doses to Palestinians. As of Thursday, Israel had given over 50,000 doses to Palestinian workers in Israel. Also, Israel had inoculated tens of thousands of Palestinian residents of Jerusalem who are not citizens of Israel. This is blatant lie.
5) Gaza's medical crisis is not from Israel at all. Israel does not block medical supplies to Gaza at all. However, the Palestinian Authority has limited basic medical supplies and medicines to Gaza many times over the past decade, and Hamas has stolen medicines to resell them at a profit to Palestinians there. None of this was ever condemned by the signatories to this letter who pretend to be advocates of human rights for Palestinians.
6) When the members of Congress say that "settler colonialism...is illegal under international law," they aren't talking about the West Bank. They are referring to Israel itself. The theorists who came up with the idea of "settler colonialism" refer to all of Israel. I have never seen an academic paper accusing only Jews in Judea and Samaria of "settler colonialism" - they always refer to all of Israel.
Moreover, the letter writers are saying that the United States itself is illegal. The concept of "settler colonialism" was made up when it became obvious that Israel is not a colonial state since it is not attached to a major colonial power, but by Jews who want to return to their homelands. The idea that people who voluntarily move to a land and settle it are "settler colonialists" has been extended by the academics who made up the concept to include other lands where people have moved voluntarily to build a new nation - including the United States, Canada, Australia and other countries. And these same academics say that the US is guilty of settler colonialism today.
The writers of this letter are not just anti-Israel, but anti-America.
7) Whether they like it or not, any two state solution must provide security for Israel and it must not force Israel to relocate hundreds of thousands of Israelis. The Trump plan, with all its faults, is far more realistic - and therefore a far more likely path to real peace - than the demands of these writers, who want to ethnically cleanse Judea and Samaria of Jews.
8) The letter implies that any Jewish presence in "east Jerusalem" is a crime. They are saying that the holiest site in Judaism should be Judenrein. This is beyond disgusting.
It is most troubling that members of Congress are so willing to lie and slander Israel - as well as the United States itself. And they are eager to do it on the record. 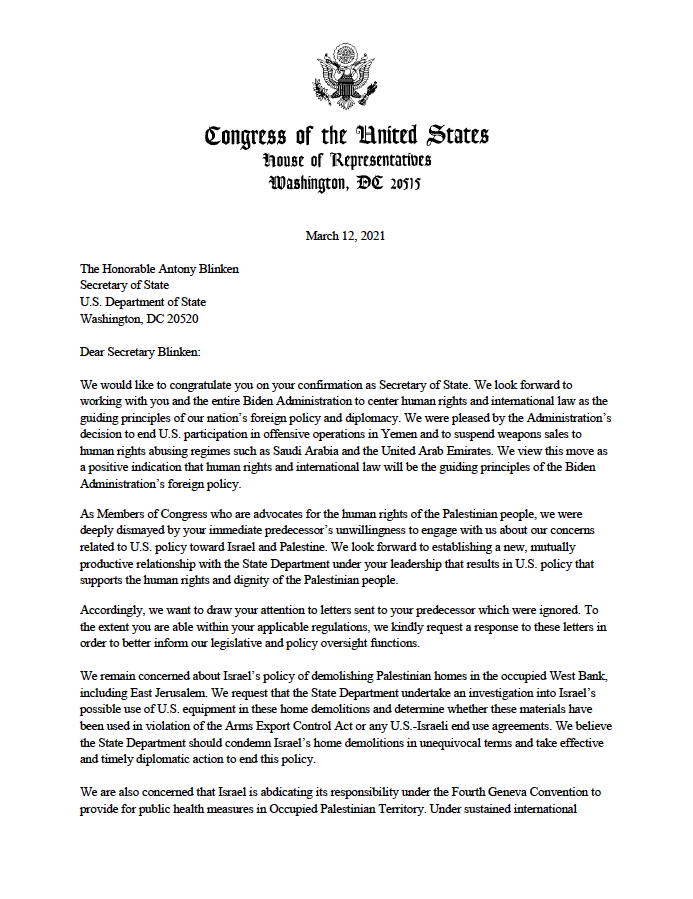 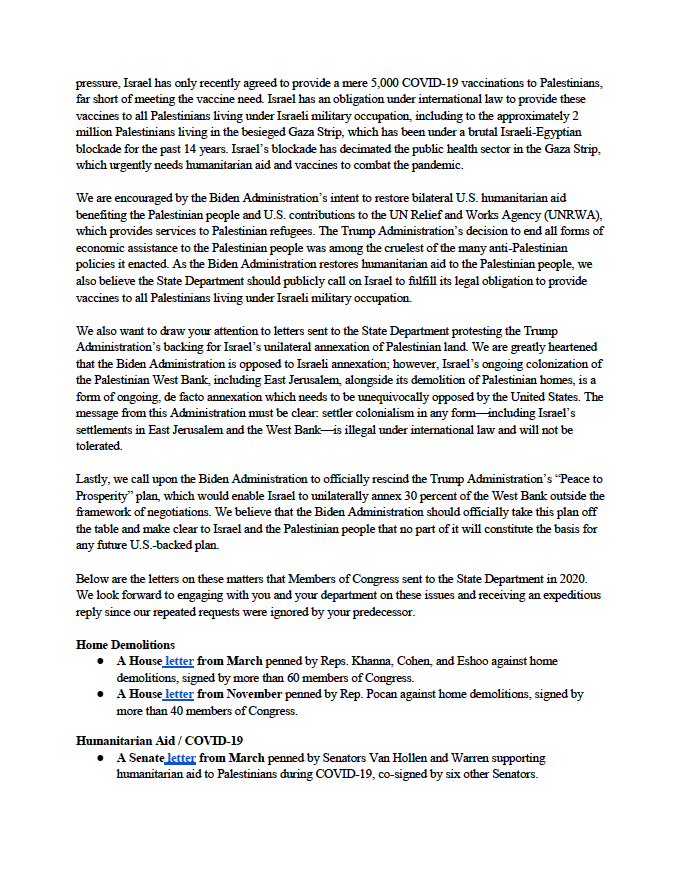 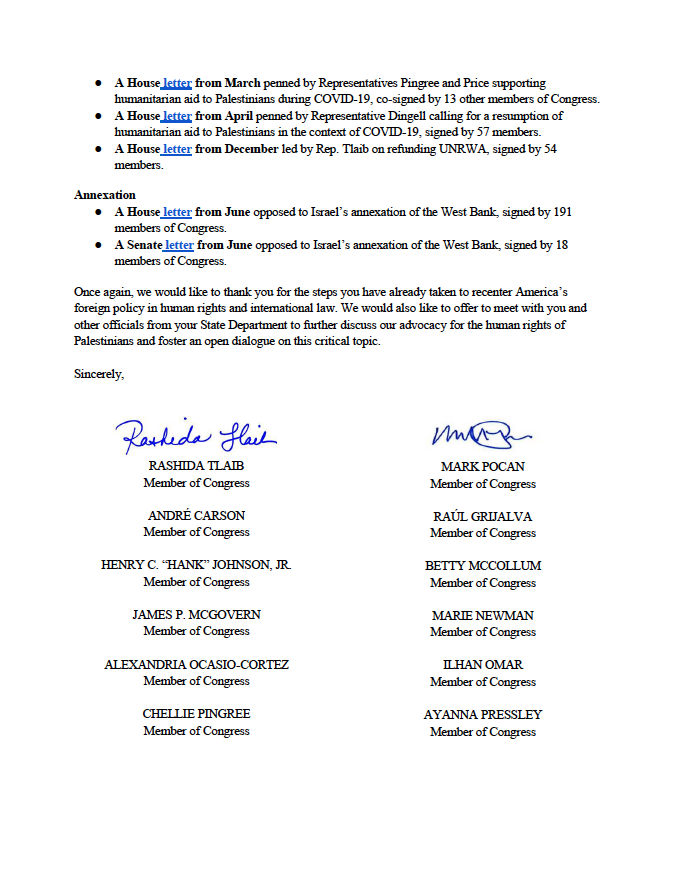