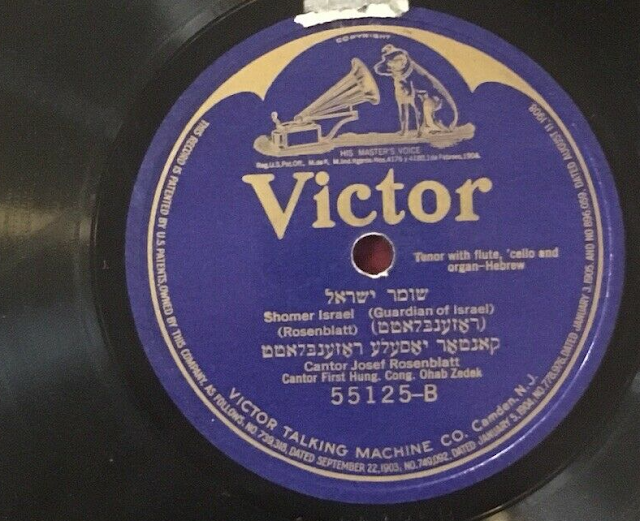 SHOMER ISRAEL ROSENBLATTS NEW SONG
It Will Soon be Heard All Over Land—Helps War Orphans
Within a few days , Shoimr Isroel , the song dedicated to the Jewish War Orphans Fund by Cantor Josef Rosenblatt, will be known and most widely advertised piece of music in New York City jazz and sentimental love ditty not excluded . Arrangements have been made by which practically every music shop on Broadway will display this song in the window and sell it to the public without exacting any commission.. ... In every window in which the song is displayed , a statement is shown , stating the facts and aims of the Jewish War Orphans Drive . This is expected to prove a most effective salesmanship device, as well as to attract the passersby to the window.

You can hear it here: 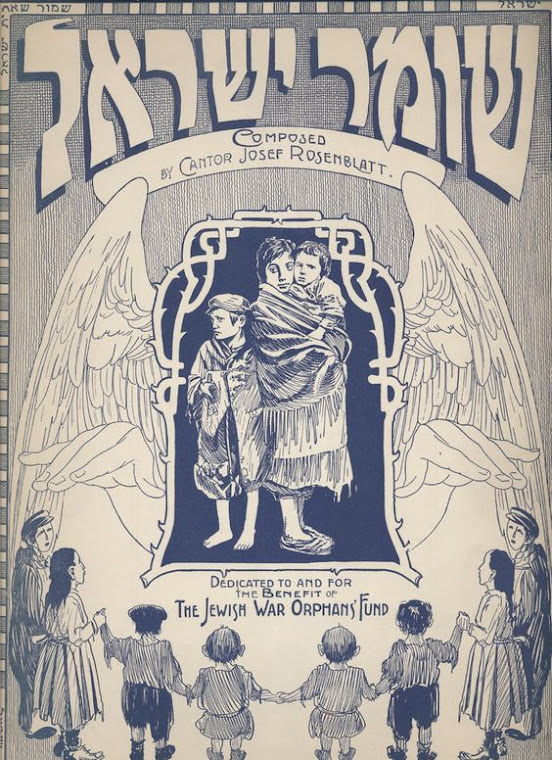 The Jewish War Orphans' Fund was started that same year, with an estimated 150,000 Jewish orphans from World War I in Europe and Palestine.