The moral obligation for Israel vaccinating its citizens ahead of Palestinians 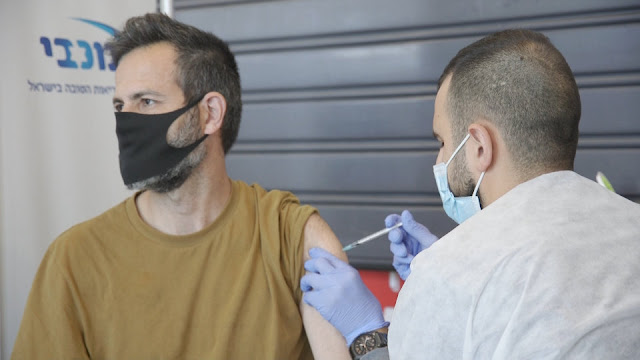 Most of the critics of Israel's vaccination program are asserting a moral argument: that Israel is "withholding" vaccines from people who could be saved and hoarding the valuable vaccines for its own selfish purposes.
Most of Israel's defenders are arguing not from a moral but a legal and fact-based perspective: that Israel is not obligated to provide vaccines to the Palestinians under existing agreements, and besides, the Palestinians have not asked Israel for more than a handful of vaccines to begin with, plus Israel is cooperating with Palestinian officials in everything they are asking for.
Needless to say, the moral argument, painting Israel as a cold, miserly nation, is more compelling to journalists and anti-Israel NGOs than the actual facts and Israel's legal obligations.
However, Israel indeed has not only a moral right but a moral obligation to inoculate its own citizens first. And it is exactly the same reason why every nation on Earth is prioritizing populations who are more at risk above those who are not.
According to the latest figures, Israel's COVID-19 infection rate is the 10th highest in the world: 67,317 per million people. By contrast, the Palestinians are ranked #59, with an infection rate far less than half of Israel's: 30,259.
Comparing the death rates from COVID-19 shows a similar disparity: Israel's is 493, which the Palestinians (with far fewer medical resources to keep critical cases alive) is only 349.
Israel has 1,207 critical cases - while Palestinians have only 61.
Israel had 27 deaths yesterday, while Palestinians had five.
Israel has every interest in making sure that Palestinians don't get COVID-19, but its moral priority is to inoculate its own citizens first. It is a race against time, because the new strains of COVID-19 that are rampant in Israel are spreading faster than even the vaccination rate, despite a three week lockdown. The number of active cases continues to rise, and the number of serious cases has not gone down. The first dose of vaccine is not as effective as was advertised so the second vaccine is of critical importance and priority.
Of course Israel should prioritize Israelis - they are the population that is most at risk! If somehow Israel could provide as many vaccines to Palestinians as the critics demand, the number of Israelis who would die would be much higher than the number of Palestinians who might be saved.
Those who are claiming that Israel is immoral for vaccinating Israelis first are not saying that Palestinian lives matter - they are saying that Israeli lives do not matter.
They are the immoral ones.
Elder of Ziyon at Wednesday, January 27, 2021
‹
›
Home
View web version