At UN, Israel blamed for a family killed by Syrian fire 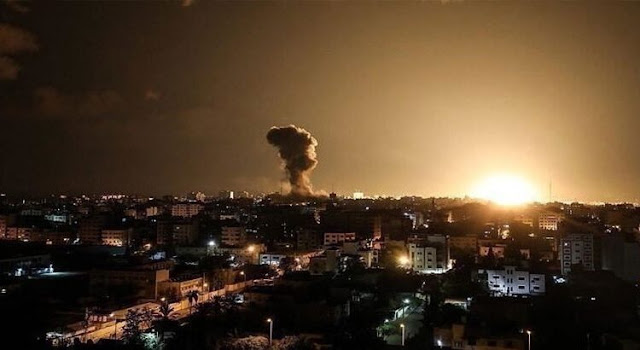 Zionist Regime's occupation of Arab lands is a clear violation of human rights, Syrian envoy to the UN said, adding that such Zionist aggressions pose a threat to stability and security of the region.
Deputy Foreign Minister, Bashar al-Jaafari, affirmed that despite the passing of more than five decades on the Zionist occupation of the Arab lands, it still exists until today in a clear indication to the failure of the UN Security Council in assuming its responsibility and end the occupation which poses threat to stability and security of the region, SANA reported.
...
“The past days have witnessed an increasing number in the Zionist attacks against Syria, the most recent was last Friday, when the Zionist entity perpetrated a new aggression on the vicinity of the city of Hama, claiming the lives of a family of two parents, two children, and wounding four others from the same family in addition to the destruction of a number of innocent civilians’ homes,” al-Jaafari said.

It wasn't Israeli weapons that killed the family - but Syrian:

Syrian Observatory activists have reported that Israeli fighter jets flying over Lebanon struck at least five positions of Iranian-backed militias and the Lebanese Hezbollah nearby Hama city and the Syria’s middle sector. The airstrikes have destroyed all these positions.
On the other hand, shrapnel of missiles fired by regime air-defences in an attempt to intercept the Israeli airstrikes hit the residential neighbourhood of Kazu in the north-western part of Hama city, which killed a family of four, a woman, her husband and two children, and seriously injured an old man, a woman and two other children.

Israel is more careful about Syrian lives than the Syrian regime is.
Not that this is surprising.
Elder of Ziyon at Wednesday, January 27, 2021
‹
›
Home
View web version