The 12th grade modern history book that is being used in public schools in Turkey is full of anti-American and anti-EU references, mirroring what Turkish President Recep Tayyip Erdoğan has been preaching at public rallies and meetings.

The 2018 edition, authored by Emrullah Alemdar and Savaş Keles and produced by the government printing office, appears to justify al-Qaeda’s terrorist attacks in the US on September 11, 2001 that killed nearly 3,000 people, brands the European Union as a Christian club led by the pope and criticizes the NATO alliance.

“The United States, which has more say with the self-confidence it gained in the aftermath of the Cold War but complies less with international agreements, has started to see itself as one above equals in international relations. From that point forward, deciding which countries would be punished and what systems would be changed relied on definitions and references made by the US. These practices by the US are one of the reasons behind the al-Qaeda terrorist organization’s attack on 9/11,” the book states on pages 262 and 263. 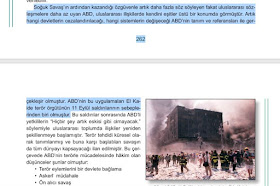 Post-9/11, the US adopted a policy of thwarting possible rivals and securing absolute dominance of the international system, the book says. “The US became the main source of problems in the world with what it did in the aftermath of September 11.” 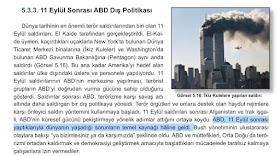 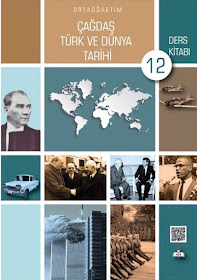 I found  this textbook online. Here's a map of the Middle East that accompanies an entry on "Palestine:" 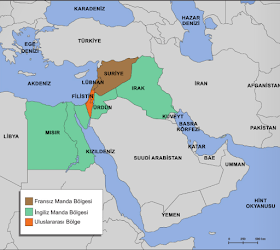 We have lots of ideas, but we need more resources to be even more effective. Please donate today to help get the message out and to help defend Israel.
Elder of Ziyon at Monday, July 29, 2019
‹
›
Home
View web version