Palestinians can't erase the Hebrew on their "historic coins"

The official Palestinian Wafa news agency has an "economy" section on its website, complete with a header showing the coins of Palestine.

British Mandate Palestine, that is. You know, the coins with the Hebrew and the Hebrew initials for "Eretz Yisrael." 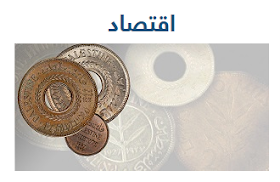 The graphic artist made use that the Hebrew in the top coin was upside down so difficult to notice. The Hebrew is clearly visible in the small coin behind it, but completely covered in the coin beneath that.

Remember, the Palestinian Arabs at the time were dead set against a Palestinian currency. When they were issued in 1927 their leaders called to boycott the currency altogether and continue to use the Egyptian pound as they had been.

What kind of nationalist wouldn't want their own currency? But that is not the correct framing of a question. In 1927, the very term Palestine was associated with Jews far more than with Arabs. Only Jews identified as Palestinian.

It is ironic  that a currency rejected by Arabs in Palestine in 1927 should be celebrated by their descendants today.

We have lots of ideas, but we need more resources to be even more effective. Please donate today to help get the message out and to help defend Israel.
Elder of Ziyon at Sunday, July 28, 2019
‹
›
Home
View web version