Reporters in Malmo, Sweden put on a kipah, Stars of David and get threatened by residents 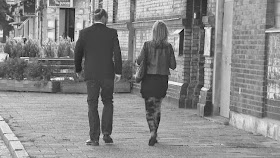 Eighteen months after an intrepid gentile journalist strolled the streets of Malmo, Sweden wearing a yarmulke, in order to get a sense of how residents of the city view Jews, a new video suggests that the situation has only worsened.

This time it was Peter Lindgren’s turn to don a kippah and Star of David chain around his neck and head into town. The result: “He received direct threats as he walked through the city,” according to expressen.se.

Lindgren, walking with a hidden camera and microphone alongside, recorded every step. The report showed the reporter enduring verbal abuse by a man who called him a “Jewish s***” and told him to “leave.” Another person hit him and shouted “Satan Jew,” at him.

As they approached the the city’s neighborhoods with higher Muslim populations, the threats only increased. Some 20 percent of the 300,000 residents of Sweden’s third-largest city are Muslim, according to statistics.

“Then a whole gang came along to threaten the ‘Jewish’ reporter,” while occupants of neighboring homes shouted abuse at him. The broadcast caused a public storm in Sweden, with reactions by public figures, local Jewish organizations and international groups.

The clip, which was broadcast on Sweden’s national television, examined the degree of threats Malmo’s Jews face. The city is infamous for having the largest number of anti-Semitic incidents in the country, many of them perpetrated by members of the Muslim community.

According to the report, “many of [Malmo's remaining Jews] are afraid to leave their homes; many want to leave the city and do not want their children to grow up there.”

There are only about 600 Jews remaining; many have left for Stockholm and other cities because they can’t take the hatred.

During the first six months of 2013, Malmo police reported 35 attacks on Jews – triple the previous year, according to an official who spoke with The Jerusalem Post.


This article in SVT describes what happened from the reporters' viewpoint:

Our mission was to spend a week in Sweden's third largest city, dressed with Jewish symbols. On his head reporter Petter Ljunggren wore a kipah. Around his and his colleague True Klinghoffers necks were hanging Stars of David.

The reporters are usually treated kindly, but every now and then, a look, a comment or a solicitation to leave the area. The worst comes on the outskirts of the city, and in some places the reporters have been warned to stay away. In Lindängen center they are called "fucking Jew swine" from a person. Another man stops - almost shocked - when he sees the reporters with a kipah and Star of David.

- It looked funny. That little hat, he says

Reporter: It blows off.

The same man shows up a moment later on a moped. Then he asked the reporters to leave the area.

Rosengård center is another place that reporters have been warned not to go to. But during the day they were treated  kindly in the center. In the evening, when more young people walk around the neighborhood there were reactions. The young people make it clear that they think the disguised reporters are behaving strangely and provoking them. But the reporters must also be held accountable for Israel's warfare, and when they decided to leave the site the harassment continued. Eggs were thrown from the windows.

Some time later, the journalists returned to Rosengård openly with the camera. Several young people remember the "Jewish couple" who were in the area.

- Yes, I got the call right away that there were Jews here, we would come and throw eggs and such, says a guy on the spot.

Reporter: Why would you do that?

- For Palestine and all the murders that take place there. We want to fight back, but we cannot is because we are in Sweden.

Finally, two of the guys that reporters met when they went in Rosengård center with the kipah and Star of David are lining up to talk to them, but they want to remain anonymous.

Reporter: But we came as Jews. We had nothing to do with Israel.

- But how do we know that? When we think of Jews as we think directly on Israel, and everything that happens there. Torture and that stuff, says the one guy.

Reporter: The Israeli-Palestinian conflict is the basis for how one reacts to Jews?

- It is the only basis available. There is no other reason why people hate the Jews, it's just that you consider this when you see a Jew.

The other guy says that reporters should be happy that they got away alive.

- Yes, I was one of them who said so. Had I been a little younger, I would have thrown a bottle (not certain of translation)  at you. Pardon me, but it's the truth. Because I was not thinking clearly, but I also wanted to do something for Palestine. But I have no ability to do something or help someone out, you understand?

Reporter: And how are you thinking today?

- Today I am a little more scared when it comes to my religion and so. And I know that I sin. But once I do some bad - Christian, Jew or whoever it is - then it is wrong.

He does not believe that they could live openly as Jews, with Jewish symbols in the area. He also says that Muslims can not move freely in Israel, and that it is the same for Jews here.

Reporter: But this is still Sweden?

- Sweden and Sweden, but we still have our background. And they also have their background.


Here's the full documentary, in Swedish. Footage of the reporter walking through town mostly starts around the 30 minute mark.


An enterprising Israeli has come up with his own "solution" to Jews who want to wear a kippah in dangerous places: make it invisible.

Shalom Koresh, a hairdresser from Rehovot in Israel came up with the idea for a yarmulke that blends in seamlessly with a man’s own hair color and texture after watching news reports about anti-Semitism in Europe.


“I also heard from people who came in to my shop about how when they were traveling in Europe, their guides told them not to wear a kippa while walking around,” Koresh told The Times of Israel.

Koresh, who has been in the hairstyling business for 30 years, said he thought of the notion of a kippa made of hair about half a year ago. He had a prototype made and wore it himself in his salon as he worked. When none of his clients noticed he was wearing a kippa, he knew he was on to something.

The inventor of the Magic Kippa wouldn’t say how many of the hairy skullcaps he has sold, but he reported that orders have come in from several countries around the world, including France, Belgium and Canada. He’s sold a few to Israelis, too.

Koresh said he has some of the kippas manufactured in Israel and some abroad. He sells ones made from human hair for €79 ($92), and others made from synthetic hair for €49 ($57).

Which is incredibly sad.