Jews singing, dancing, and breathing are "provocative" - but not Arabs assaulting Jews 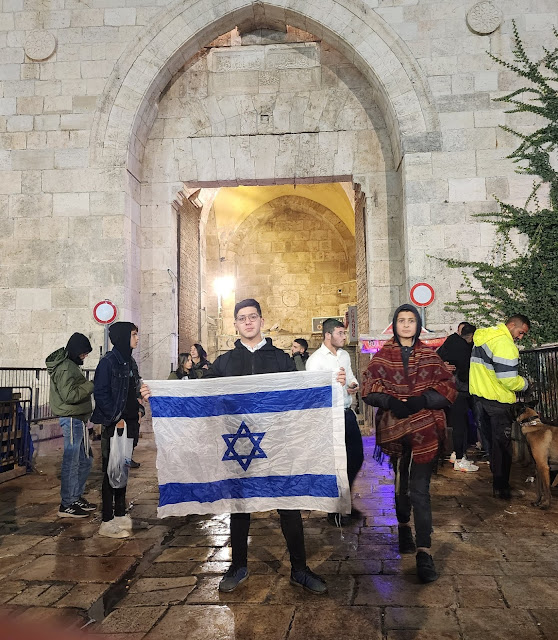 If you are Jewish, it is really easy to get major media coverage in the Arab world.
Just dance.
A group of about ten Jews danced at Damascus Gate yesterday. This huge news was published by the UAE71 news site:

On Thursday evening,  a number of Israeli settlers stormed the "Damascus Gate" area in the center of occupied Jerusalem, raised the Israeli flag, and performed provocative dances.
The witnesses indicated that "the Israeli police were present at the site to protect the settlers."
In turn, the Palestinian Hamas movement considered the settlers' storming of Damascus Gate Square in Jerusalem "a dangerous step and playing with fire."
"The occupation is escalating its attacks on Islamic holy sites in Jerusalem, and we are facing an unprecedented attack by the occupation on Al-Aqsa Mosque," said Hazem Qassem, the movement's spokesman, in a statement to the media.
The occupation authorities are intensifying their efforts to Judaize Jerusalem and obliterate its Arab and Islamic identity.

Meanwhile, last night, an Arab woman threw a bag full of garbage at a group of Jews in Jerusalem. Here's video (from Yedidya Epstien*, who is pictured in the top photo):
Assault seems a little more newsworthy and provocative to me than dancing, but the Israeli police on the scene didn't even arrest her - let alone there being any news coverage of the incident.
-----
* Yes, that's how he spells his name.