A short history of "Arabs Threaten Jews" (not "Zionists")

I decided to do a quick search of headlines that said that Arabs threatened Jews.
April 17, 1920: Arabs threaten to massacre all Jews of Palestine (which included many non-Zionists at the time.) 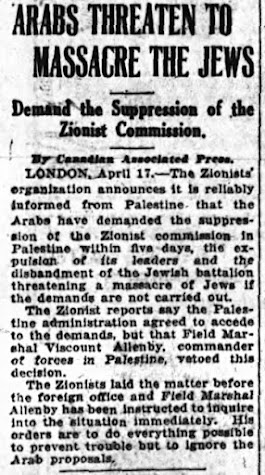 March 14, 1925: Arabs threaten to attack Jews if they honor Balfour when he visits. 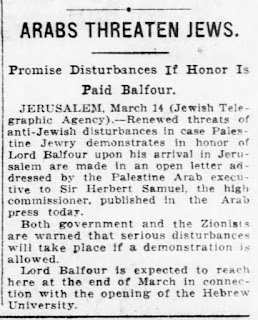 August 11, 1925: Arabs threaten to massacre all Jews in Palestine again (even though the headline says "of Zion movement." 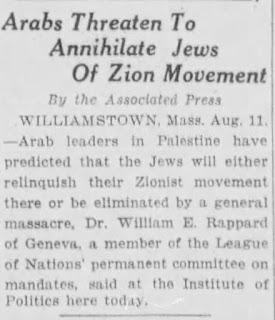 November 23, 1929: Arabs threaten force if Jews continue to worship at the Western Wall. 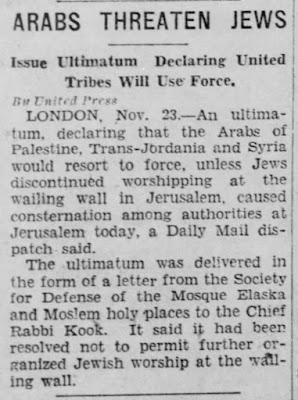 May 13, 1936: Arabs threaten Jews in Arab countries if they don't get their demands met in Palestine. 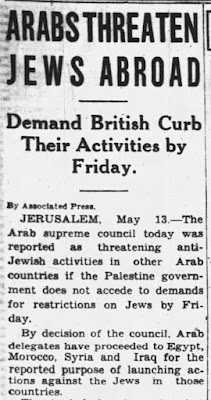 June 26, 1936: Bedouin in Transjordan threaten to march across the river to aid their brethren in the "great Arab revolt." 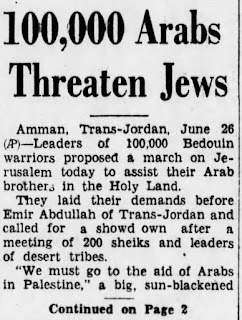 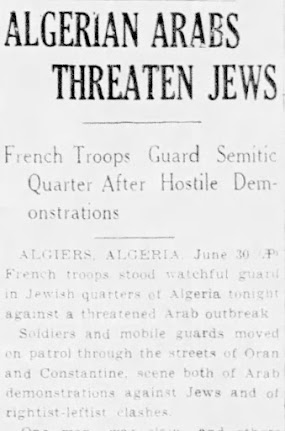 October 10, 1938: Arab leaders send a telegram to Chaim Weizmann threatening the lives of all Jews in the "East" if Zionists don't accede to their demands, saying it would be the worst calamity in Jewish history. 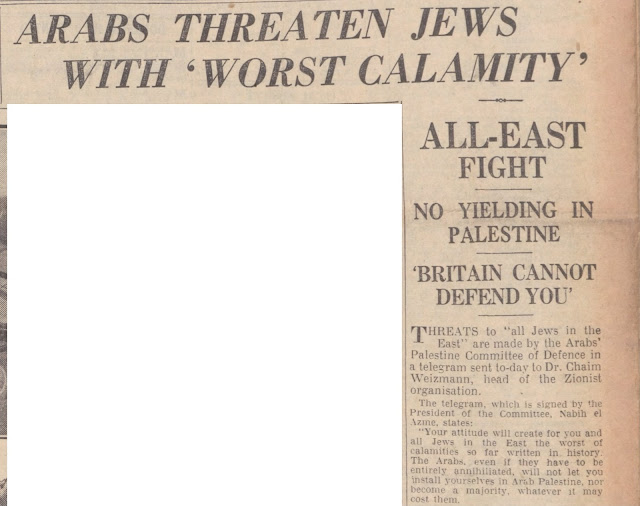 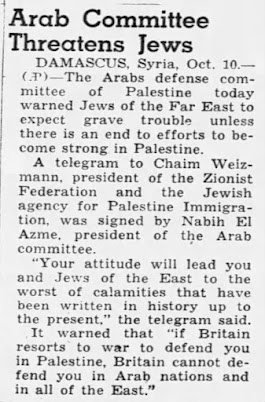 May 30, 1946: Rulers of Arab states warn Palestinian Jews of plans to have Jews immigrate from DP camps to Palestine. One leader says that if 100,000 Jews enter Palestine after almost being slaughtered in Europe, then the Arabs would slaughter all 100,000 of them. 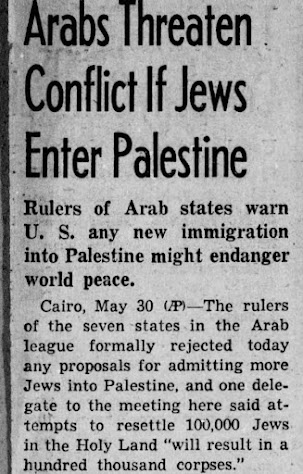