Crazed Jew-hatred is not an anomaly for Palestinians. It is mainstream. 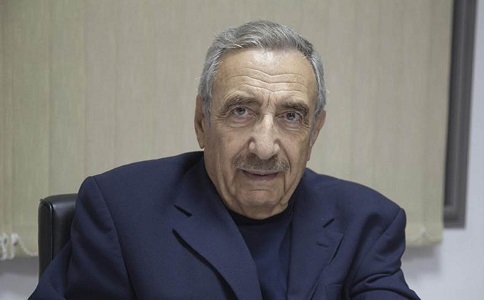 Mounir Chafiq (born 1936) is a Palestinian politician and is described as an intellectual. His books include Islam in Struggle for Civilization (1992) and Islam and the Challenges of the Contemporary World (1995.) He is coordinator of the Islamic Nationalist Congress.
He writes in Al-Binaa what Israel's goals are:

Anyone who does not reach an absolute conviction that this entity [Israel] represents absolute hostility to Palestine and its people is mistaken, as he considers  Palestine "the land of Israel", and its people, all its people, must be uprooted from it and completely Judaize it. Anyone who does not reach a certain conviction that this entity wants to tighten the Zionist control over all the Arab countries, based on the overwhelming military superiority over them, collectively and individually, is mistaken. Anyone who does not reach an absolute conviction that this entity wants to demolish the Al-Aqsa Mosque and build the alleged temple in its place, and denies any religious right of the Muslims of the world in Jerusalem and Palestine, because it is the “Land of Israel” and that the non-Jews on it are “strangers” and what is considered sacred Islamic mentioned in the Qur’an, or in Islamic history, is not sacred. Some of them are considered Jewish holy places, as they claim.
It is not right for a member of the Third World, or the global left, or the free people of the world, not to consider the Zionist entity an industry of colonialism, and global racism that was practiced against the Palestinian people, as it was not limited to the military invasion to seize Palestine, but rather uprooted its people, And he is practicing a policy of extermination and displacement against him, to be replaced by racist settlers, who were brought in from all parts of the earth.
That is why it is not right for those who do not acknowledge all these facts, old and new, and those who come from its nature after it, to deal with the issue of the Zionist entity in any way that contradicts, or ignores, this hostile nature as an absolute hostility to Palestine and its people....
For this reason, it is absurd for anyone to imagine the possibility of coexistence with the Zionist entity, far from its conditions and nature.

As always, there is no Palestinian who publicly disagrees.