Sheikh Ikrima Sabri, the preacher of Al-Aqsa Mosque, confirmed that the occupation has been excavating and digging in Al-Aqsa Mosque since 1967, but he did not find a single stone related to the ancient Hebrew Jewish history.
In press statements, Sabri stressed that what the occupation found are Roman and Islamic monuments from the Umayyad, Abbasid, Mamluk and Turkish eras.

This is a constant theme in Palestinian media.
The absurdity is almost beyond belief. The entire Marwani Mosque, the underground mosque on the Temple Mount that was excavated by the Waqf, is built in the area of what is known as "Solomon's Stables" but were built during the Herodian era. The retaining walls of the Temple have been dug to the their foundations and are well-dated.
The entire City of David archaeological park, the numerous ritual baths that are right outside the Temple Mount, the bullae that have been found...the list is endless.
This stone, discovered next to the Temple Mount after 1967 by archaeologist Benjamin Mazar, says - in Hebrew - "To the Place of Trumpeting:' 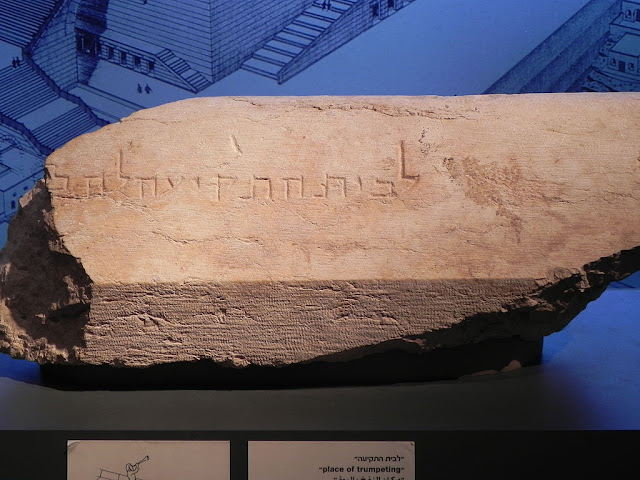 This stone was a Greek-language warning to non-Jews not to enter the Temple grounds: 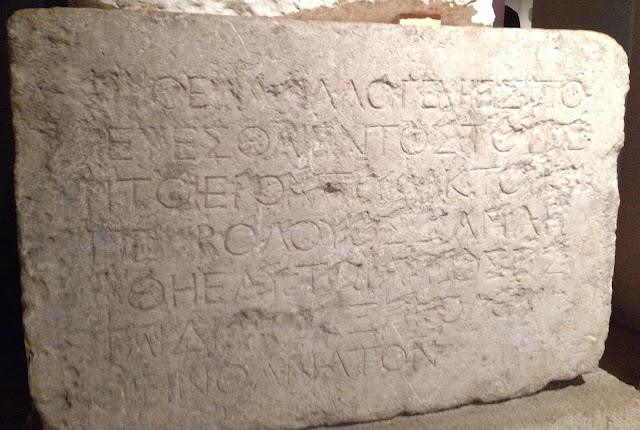 No stranger is to enter within the balustrade around the Temple and enclosure. Whoever is caught will be himself responsible for his ensuing death.

Partial remains of a similar Greek language warning were also found.
Coins of the Bar Kochba revolt included diagrams of the Temple.
There are new findings every year, including the stunning Herodian tiles found in the Temple Mount Sifting Project, which has also found First Temple-era finds and many Hebrew inscriptions.
The desire to erase Jewish history is simple bigotry.