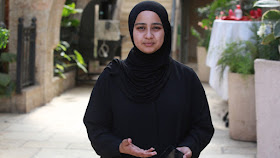 Shatha Hanaysha is the woman who was next to Shireen Abu Akleh when she was shot.She has insisted that Israel targeted Abu Akleh deliberately, and has been telling all news media that story.
But she was involved in another shooting incident, in Jenin, only a few months ago.
Hanaysha, who works for the site UltraPal, had been covering clan clashes and "security chaos" in Jenin, where people wantonly shoot weapons all the time.  She apparently upset someone with her reporting and they shot her car.
It was a death threat from the "shebab" of Jenin. 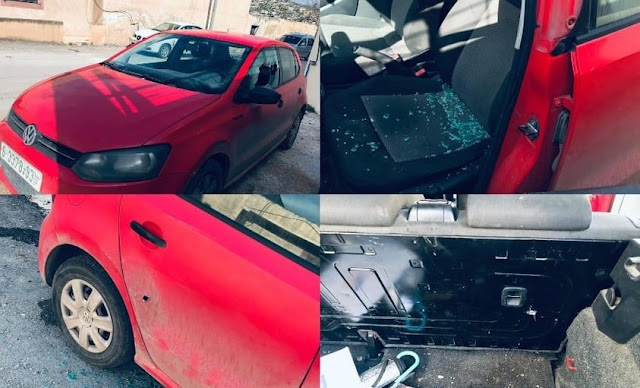 The Palestinian Media Forum denounced the shooting, saying it was "an attempt to deliver a message of threat and intimidation to her, for her coverage of the issues of lawlessness, family problems and the chaos of arms in Jenin Governorate on more than one occasion."
The Human Rights Institutions Association also condemned the shooting, saying that journalists are being targeted for their reporting.
By Palestinians.
At the same time that the world is reporting Hanaysha's lies that Israel targets journalists, she herself was targeted by the Palestinians who she doesn't want to blame. She is known for reporting on Jenin youth wildly shooting at people - but she doesn't want the world to know that part about Jenin.
I'm not saying that the Jenin terrorists targeted Abu Akleh or Hanaysha, but this proves that Jenin gunmen are known to threaten and intimidate journalists - with guns.
We've seen the wild shooting from Jenin youth.
The killing of Shireen Abu Akleh is more consistent with trigger-happy, immature youth with guns and inflated egos than with a professional army.
There is a lot of context about Jenin that the world is refusing to report, because the lie of Israel targeting civilians has become the mainstream narrative.
(h/t @iTil972)
Elder of Ziyon at Wednesday, June 15, 2022
‹
›
Home
View web version