As mentioned, before Palestinian terror groups decided not to start a promised war to stop the Flag March on Yom Yerushalayim, Palestinian  media was inciting to violence and psyching up the people for another war.
Here are some cartoons from Felesteen that are self-explanatory. 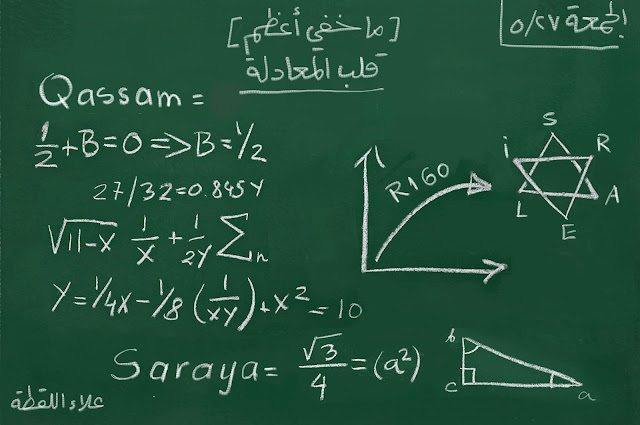 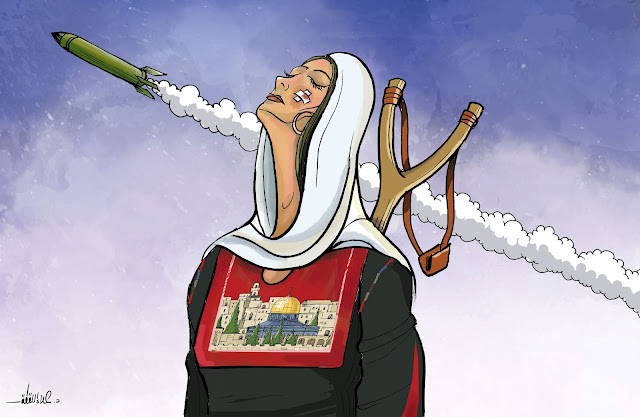 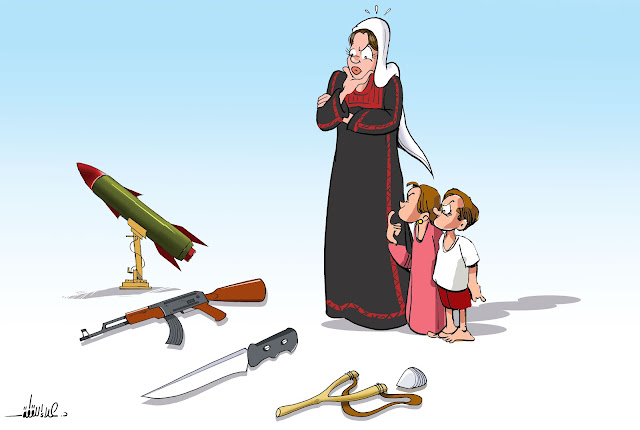 After the Palestinian terror group decision not to start a war, this cartoon expresses frustration over the lack of response by the rest of the Arab world towards Israel's actions in Jerusalem because of normalization: 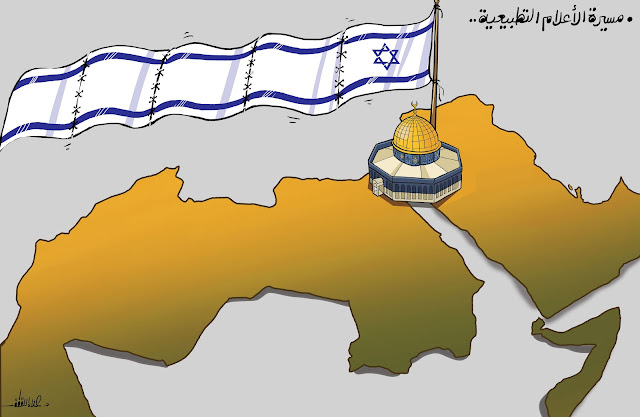