Palestine Jews were encouraged to visit Lebanon, Syria, Transjordan and Egypt in the 1920s-40s

The blog at Israel's National Library put out an interesting post:

Just as Jewish merchants moved between Jerusalem, Damascus, Halab, and Beirut during the days of the Ottoman Empire, citizens of Mandatory Palestine – both Jews and Arabs – continued to visit their northern neighbors while living under British rule. The local tourist industry in particular, flourished during this period. Lebanon was considered a fascinating and attractive destination: its southern shores, the vibrant metropolis of Beirut and the beautiful snow-capped mountains – a rare sight in the Middle East. The Hebrew press and bulletin boards were filled with advertisements appealing to the Jewish readers to come and relax in Lebanon.

They show advertisements to visit Lebanon, Syria and Transjordan: 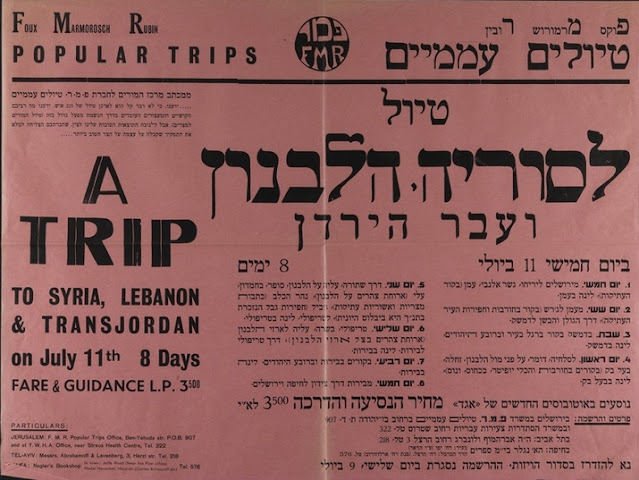 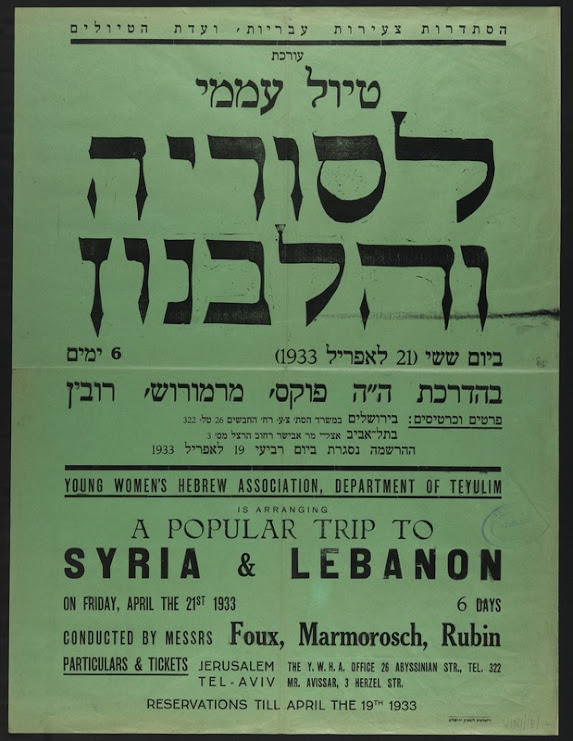 Jewish tourists were so desirable that Lebanese hotels competed by offering kosher food: 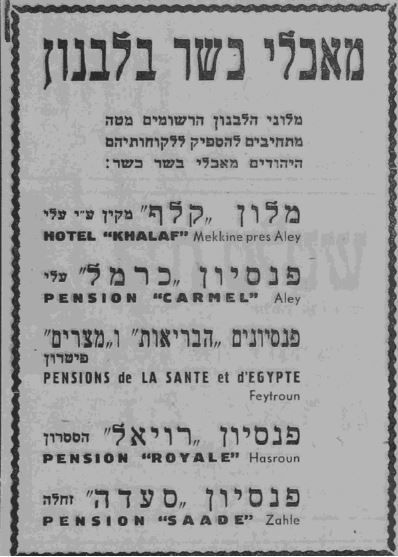 I found this 1932 article in the Palestine Bulletin about a successful trip to Lebanon and Syria:

The YWHA sponsored many of these trips, and also went to Egypt (1933): 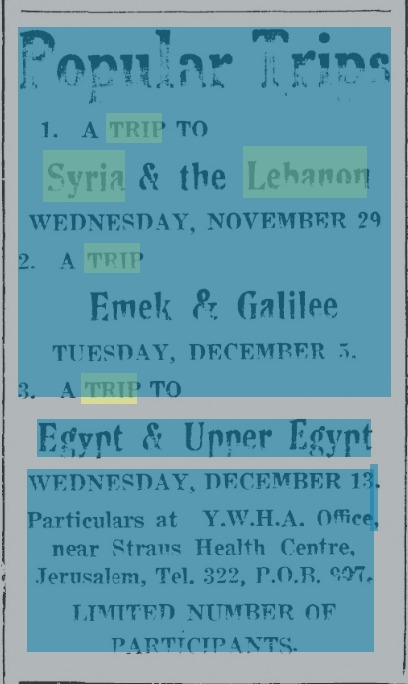 It is possible for Israeli Jews to visit two of those countries, at least.