Left wing and Right-wing antisemites agree: Jews are the center of all evil (and America is not far behind)

You know how far-Right antisemites like to churn out graphics that show that Jews are at the center of the media, or the pharmaceutical industry, or the banks? 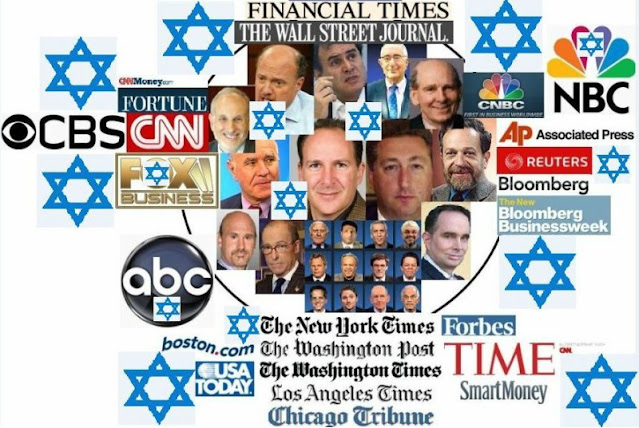 [A] project created by activists and organizers in eastern Massachusetts, investigating local links between entities responsible for the colonization of Palestine, for colonialism and dispossession here where we live, and for the economy of imperialism and war.

To them, the Anti-Defamation League is at the center of...policing and lots of other supposedly evil things: 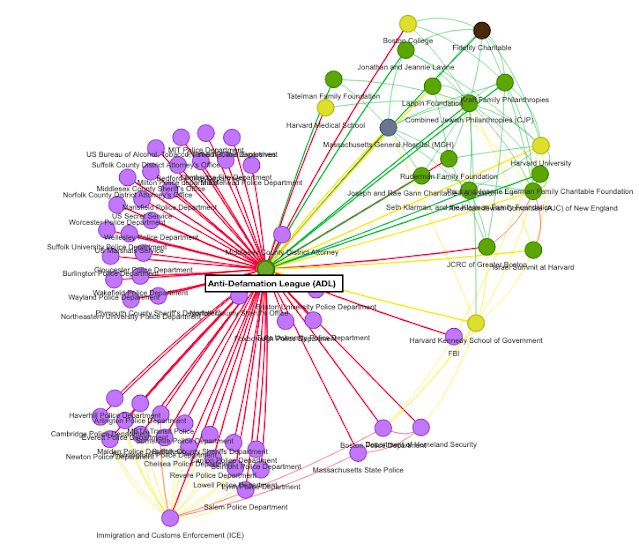 Same energy.
Some of the organizations that they consider to be Zionist/racist are obviously aimed at Jews. For example, here are some of who they are targeting as being recipients of funding from the Klarman Family Foundation:

In other words, any Jewish organization that doesn't explicitly consider Israel to be satanic is on their blacklist.
This makes Joe McCarthy look like a piker.
To get an idea of how extremist these "progressives" are, here is why they hate Facing History and Ourselves:

Facing History and Ourselves develops educational materials and curricula for K-12 educators. Although educators and school districts often point to Facing History and Ourselves as a progressive option for teaching about US history, in reality the organization's materials and curricula only provide a more progressive cover for the same harmful narratives that reinforce American racism and US empire, while also celebrating Israel and propagandizing for Zionism.
Materials and curricula Facing History and Ourselves offers on slavery, colonialism, and police brutality approach these institutions of mass violence as painful episodes within an otherwise positive project of American democracy (episodes which must be "faced"), without challenging or advocating for the dismantling of the fundamentally white supremacist and colonial character of the US state, US Empire, or the US-dominated global capitalist system, which these institutions exist and have existed to uphold.

Meaning that any educational initiative that does not call for the total dismantling of the United States is hopelessly colonialist and Zionist.
If the Mapping Project goes national, it will need to maintain a database of hundreds of thousands of institutions that accept Israel and the United States as anything other than their enemy.
There is really no difference between the far Left and the far Right. They are both obsessed with Jews.
Elder of Ziyon at Tuesday, June 07, 2022
‹
›
Home
View web version