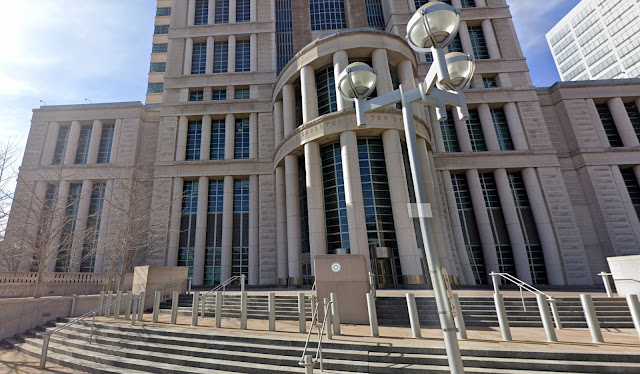 A US federal appeals court upheld an Arkansas state law requiring all public contractors to promise they won’t boycott Israel in a Wednesday ruling, overturning an earlier decision that had said the contract violates the First Amendment.
The ruling by the St. Louis-based US Court of Appeals for the Eighth Circuit was a major victory for pro-Israel activists who have pushed around 30 states to adopt so-called “anti-BDS” laws — intended to strike back against the Boycott, Divestment, Sanctions movement targeting Israel — in recent years. The plaintiffs say they plan to appeal to the US Supreme Court, a process that could result in a nationwide showdown over the constitutionality of all anti-boycott laws.
It was the first time a federal appeals court ruled in favor of laws forbidding public contractors from being involved in any Israel boycott movements.
Such laws have been heavily opposed by civil liberties groups and press freedom advocates, who say they violate free speech. Federal courts have previously ruled that similar anti-boycott state laws in Georgia, Arizona, Kansas and Texas are unconstitutional.
But the Eighth Circuit, minus one dissenting judge, found that an anti-boycott contract provision does not infringe on the signer’s free speech rights because it “does not require them to publicly endorse or disseminate a message.” Instead, the court said, the clause requests “compliance” with a financial regulation — which the court says is a form of “noncommunicative” speech not protected by the First Amendment.

The case that was brought up is a perfect example of why anti-boycott laws have nothing to do with free speech.
A state-funded school, the Pulaski Technical College of the University of Arizona, stopped advertising in the alt-weekly Arkansas Times unless the paper signed the anti-BDS pledge. The newspaper sued, saying that this impeded its rights to free speech. (It seems to me that suing to force the school to spend money on advertising in the paper is a bit more of a violation of free speech than refusing to advertise is, but I'm no lawyer....)
As the court decision states,

[T]he certification requirement here is markedly different from other compelled speech cases. Although it requires contractors to agree to a contract provision they would otherwise not include, it does not require them to publicly endorse or disseminate a message. ....We are not aware of any cases where a court has held that a certification requirement concerning unprotected, nondiscriminatory conduct is unconstitutionally compelled speech. A factual disclosure of this kind, aimed at verifying compliance with unexpressive conduct-based regulations, is not the kind of compelled speech prohibited by the First Amendment.

The newspaper was not being asked to adopt a pro-Israel editorial position - which would be an obvious violation of free speech. They could have a banner headline telling readers to boycott Israel.
The irony is that the law is meant to uphold equal treatment for Israel. The only people who want to discriminate are those who want to single out Israel for boycott. Such a law would be unnecessary without people singling out Israeli Jews (and only Jews) as objects of attack.
Boycotting Israeli businesses as a policy is as immoral and reprehensible as boycotting businesses that are owned by people of color or women. Individuals can choose who they will or will not do business with, but a state has every right not to do business with those who pro-actively discriminate against companies owned by those with a specific national origin.
Elder of Ziyon at Thursday, June 23, 2022
‹
›
Home
View web version