This time, the guy attacking the Jew in Brooklyn didn't fare so well 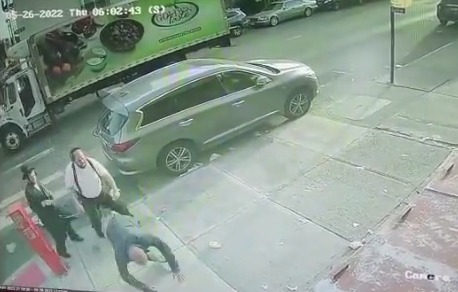 There have been a wave of antisemitic attacks in Brooklyn over the past few years, and for the most part the media has been ignoring them - because the attackers don't fit the racial profile of  white supremacists.
We've seen these videos way too often - a Hasidic man, walking along the street, being randomly attacked by a Jew-hater.
Like this one that seem to have happened yesterday:
Luckily, we have video of what happened right afterwards, thanks to a Hasidic truck driver on the scene:
This needs to happen more often. And in such a way that there is active disincentive for the potential attackers, who think they can punch and hit Jews with impunity.
I'll definitely buy more Golden Taste dips and salads!