Here's the poster for a "Nakba Day" rally next week in Brooklyn: 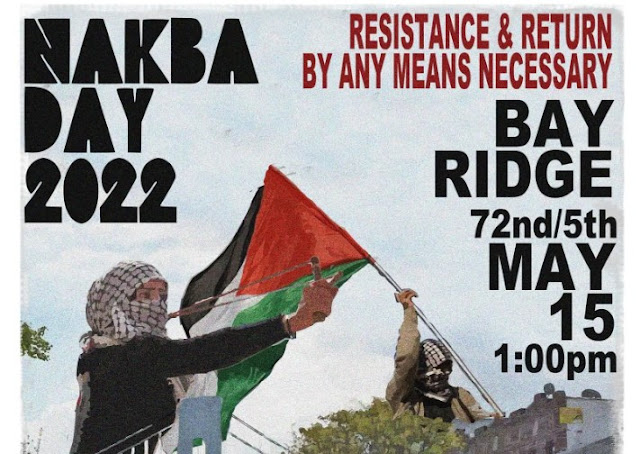 "Resistance by any means necessary" is a slightly sanitized way of saying "we support murdering random Jewish civilians." And this is well understood by both Palestinians and their antisemitic supporters.
This is not a one-off. This is a theme of supporting the murders of Israelis that we have been seeing lately in Israel.
"By Any Means Necessary" was the theme of an "Al Aqsa" rally in April in New York. Since there was no pushback from allies, the Palestinian antisemites are doubling down on calls to continue axe murders in Israel.
The Nakba Day rally in Portland supports the newest terror wave by saying, "All power to the Palestinian people defending their homelands by any means from zionism and imperialism!"
Similarly, the Toronto "Nakba Day" rally advertises "On May 15, we will honour the resistance of our people by any means necessary against settler colonial violence and ethnic cleansing."
Samidoun, which pretends to be a rights organization, uses #ByAnyMeansNecessary as a hashtag.
And an Arab Etsy seller is getting in on the message, creating earrings with the title "By Any Means Necessary" that makes it clear that it means murder: a rifle in a map of "Palestine," a motif that became popular among Palestinians when the current terror spree started. 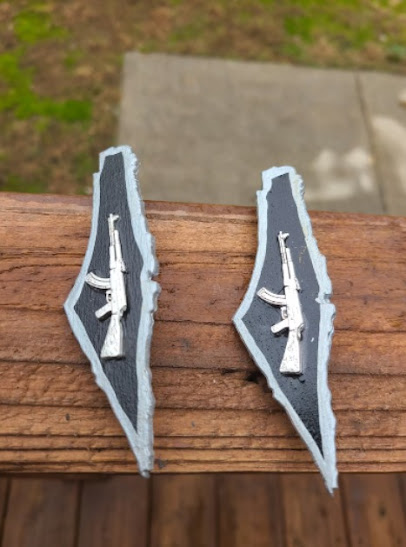 During the second intifada, suicide bombs and the most horrific crimes were justified in the West by Palestinian supporters. For the past 15 years, since the intifada petered out, open support for terrorism in the West has been out of fashion. But now, fueled by the latest terror wave against Israelis which is hugely popular among Palestinians, proud support for terror is back.
And the Western, ostensibly liberal supporters of the Palestinian cause are silent. Their silence is tacit support for the message that it is okay to murder Jews.
Elder of Ziyon at Friday, May 13, 2022
‹
›
Home
View web version