I'm banned from @Twitter for a week - for supposedly violating a rule that they previously said I didn't violate! (update)

A tweet of mine where I called Susan Sarandon an airhead actress and a hateful bigot was flagged by someone who hates Israel: 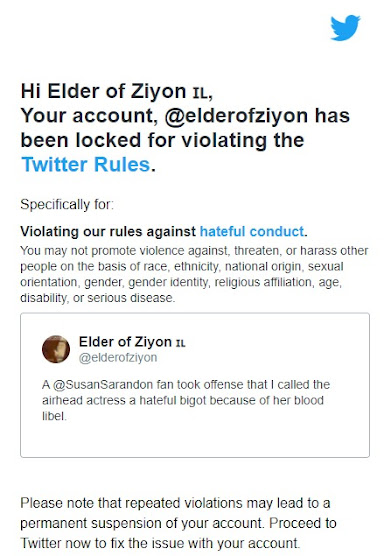 The original tweet that was also targeted by the haters was this one: 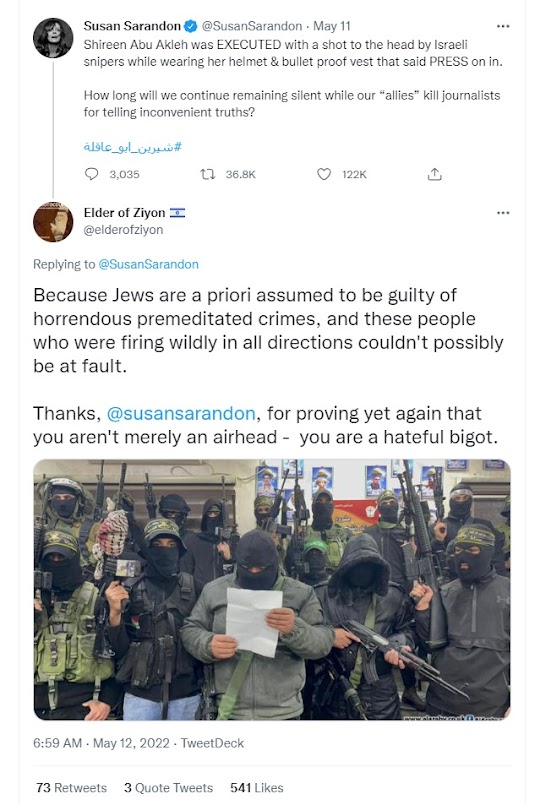 Susan Sarandon's original libelous tweet got over 122,000 Likes and 35,000 retweets.
Someone had complained to Twitter Germany about my initial response to Sarandon, and Twitter allowed it: 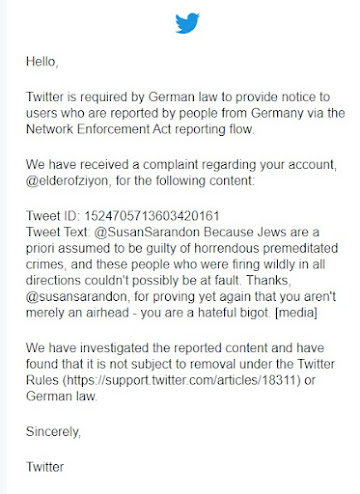 Since the "offensive" tweet said nothing beyond the original tweet that Twitter already said violated no policy, it appears that the haters can just keep flagging tweets until they find a moderator who agrees with them, and the rules are enforced arbitrarily.
Clearly neither tweet violates Twitter policy. I said nothing about Sarandon's gender, religion, ethnicity, age or anything else. I called her a bigot and an airhead. I would say the same about Mark Ruffalo or any other antisemitic Hollywood celebrity.
My recent tweets on the Shireen Abu Akleh issue have been getting hundreds of Likes and retweets. The haters have managed to silence me on Twitter, which is the primary way people see my blog posts.
I am appealing. Based on what I know about other cases, I'm not optimistic; as soon as the appeal fails I have to delete the tweet and then the clock starts for 7 days.
Meanwhile, I would appreciate people tweeting that Twitter banned me for pointing out someone else's hate - a public person, no less - and how Twitter enforces its own policies inconsistently in a way that tilts against free speech and towards celebrities being able to libel entire groups of people with impunity. Maybe the pressure can get their attention.
It is frustrating, but I'll keep blogging, and would appreciate people tweeting my blog posts during my time in Twitter jail. 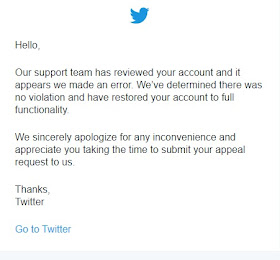