In English, a child victim of Israeli aggression. In Arabic, a heroic fighter and martyr.

Early Saturday morning, there was a firefight in Jenin where Amjad al-Fayed was killed.
The official Wafa news agency said:

A Palestinian teenager was killed and another one injured early this morning by the Israeli occupation forces during an Israeli army raid of Jenin city, north of the occupied West Bank, according to the Ministry of Health.
It said Amjad Fayed, 17, was killed and another one, 18-years-old, was seriously injured during the raid.
An Israeli military force stormed Haifa Street in Jenin sparking confrontations with residents during which Israeli soldiers fired live bullets at the Palestinians killing one and injuring another, who was reported in critical condition at a local hospital. 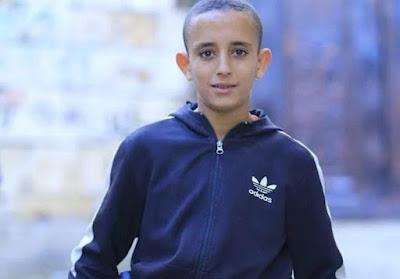 It doesn't show the full photo, though, with the gun at his belt: 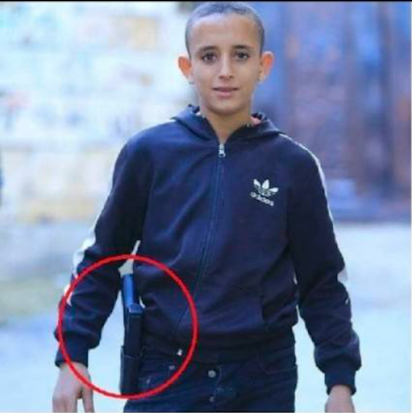 It turns out that Fayed was an Islamic Jihad terrorist. Which they bragged about:

The resistance fighter, Amjad Walid Al-Fayed, was martyred at dawn today, Saturday, during armed clashes that took place between Palestinian resistance fighters and the Zionist occupation forces that stormed the city of Jenin.
The Palestinian Ministry of Health announced the death of the 17-year-old Al-Fayed shortly after he was transferred to Ibn Sina Hospital, critically wounded as a result of being targeted by the occupation forces on Haifa Street in Jenin.

Other photos of this child victim: 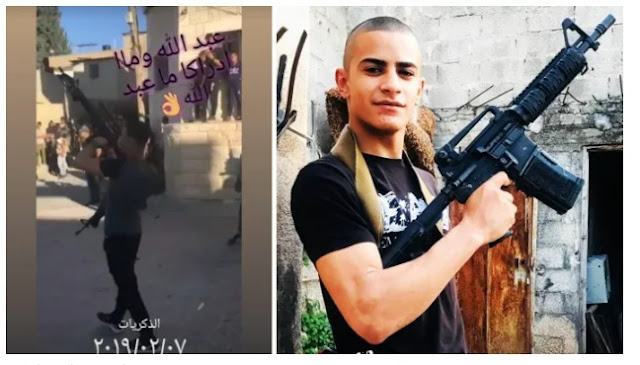 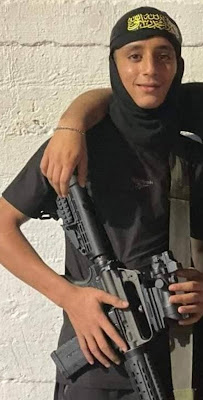 Which means that Islamic Jihad recruits child soldiers.
Where are the NGOs that pretend to care about Palestinian children?
Elder of Ziyon at Sunday, May 22, 2022
‹
›
Home
View web version