Payton Gendron, the 18 year old white supremacist who targeted Black people as he murdered 10 at a Buffalo supermarket last weekend, wrote a 180 page manifesto where laid out his bizarre philosophy.
The document is divided into three major sections. The first describes Gendron's racial theories, the second describes in detail his preparations for the massacre, and the third is his call to action for white people.
For the most part, his racial theories are copy/pastes from far Right websites. He does not have any real original thoughts. (One interesting deviation is that he describes himself a "ethnically White" but admits having partial Italian ancestry, and Italians were not historically considered to be white people for much of American history.)
His chapter on Jews in the first section likewise copies both text and graphics from far Right websites. However, there is a bit of cross-pollination between the far-Left and the far-Right in how they regard Jews. One can see that his sources both take materials from the far-Left antisemites and that Leftist antisemites take materials from the same far-Right materials that he quotes.
His document includes talking points taken directly from the "anti-Zionist" Left as well as from the Arabs that he hates as well: 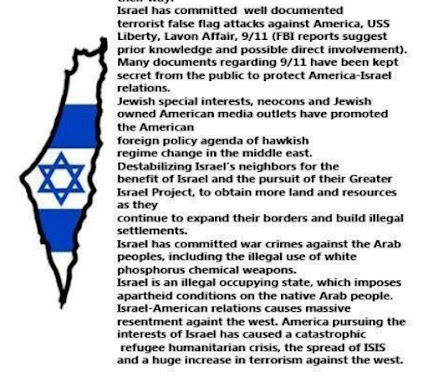 He also takes talking points from the Nation of Islam:

Some of his neo-Nazi antisemitism is adopted by heroes of the Left, like Alice Walker and Roger Waters, who have said things about Jews and the Talmud that directly come from the same mistranslated Nazi sites that Gendron quotes. In the case of Walker, both say falsely say that Judaism allows rape of three year old girls and that gentiles must be killed; in the case of Roger Waters, that religious Jews believe that non-Jews exist to be their slaves and are not considered human.
Like the antisemitic Left, Gendron argues that he doesn't hate all Jews: "When referring to 'the Jews' I don’t mean all ethnic or religious Jews. Some can be actually decent, and make significant progress to humanity. However many of them are not." Is there any difference between what he says and the antisemitic Left saying that their obsessive hate of Israel has nothing to do with hating Jews, since they think there are "good Jews" as well?
Finally, Gendron reproduces the graphics that far-Right sites use to "prove" Jewish influence in the media, government, porn and pharmaceutical industries: 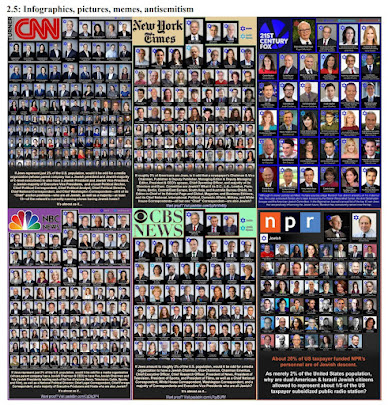 Which is no different from David Miller's graphs of Jewish ("Zionist") influence over British institutions: 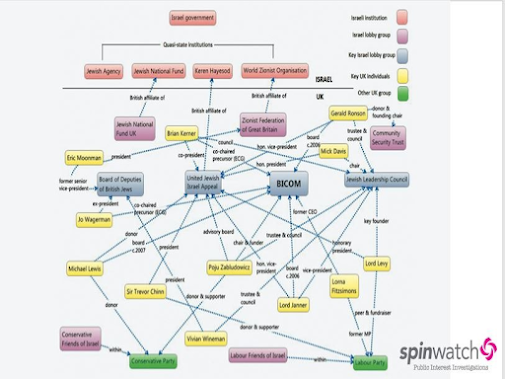 Also, while Gendron's philosophy pretends that his hate of Jews is purely racial, you see things like this in his screed: 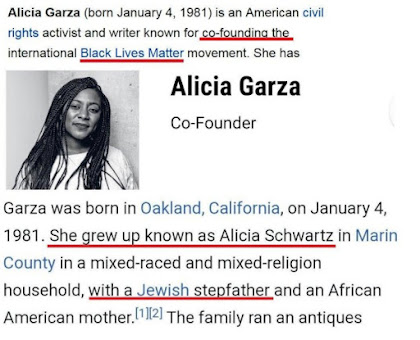 There is no "Jewish blood" in her body, but Gendron considers her a Jew. In fact, even non-Jews are Jews to him if they act in "Jewish ways."

The hate for Jews is suddenly not a race issue but simply associating Jews with whatever it is he hates most. It suddenly morphed from hating Jews as an ethnicity or people to turning Jews into a symbol of everything the far-Right finds odious. Jews support Blacks, Jews support transgenderism, Jews support socialism.
Is this any different from the crazed hate from the far-Left for Israel and Zionism? Like Gendron and the far-Right, the far-Left will associate Israel with whatever they consider to be the biggest crimes they can think of: they claim that opposing Israel is a social justice issue, from animal rights to feminism to environmentalism and opposing US police brutality.
The fact that right-wing antisemites say they oppose Jews for the exact opposite reasons does not faze them.
The far-Left and the far-Right might say they hate Jews for different reasons, but neither of them have a problem with using the arguments and methods of the other side. Because, in the end, the real goal is to get the majority to hate Jews - that is the only consistent philosophy that both sides have, prompting both sides to paper over the obvious and massive self-contradictions in their pretense of having  a cohesive philosophy to justify their hate.
Elder of Ziyon at Sunday, May 22, 2022
‹
›
Home
View web version