Ramadan lanterns: Palestinians hate Jews so much they try to steal cultural heritage of Egypt 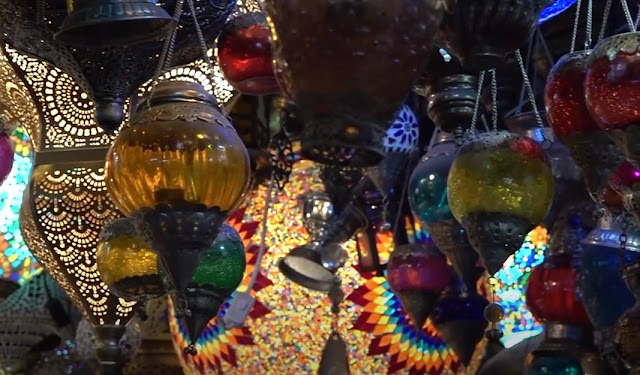 Here's a short article in the official Palestinian Wafa news agency accompanied by a video that claims that the tradition of lighting lanterns in Ramadan comes from "ancient Jerusalem:"

In the past, the blessed Al-Aqsa Mosque was lit with lanterns, and the people of ancient Jerusalem used to carry them to light the way in the streets and alleys of ancient Jerusalem, until the acquisition of lanterns became a sacred heritage and tradition.

To this day, Jerusalemites are still keen on acquiring lanterns to decorate homes, shops, streets and alleys, in celebration of the blessed month of Ramadan.

This is completely false. The tradition of lanterns (fanous) on Ramadan is universally regarded to come from Egypt, itself based on pre-Islamic Egyptian traditions.

One is to claim being a separate people before Zionism, which they certainly weren't by any standard of peoplehood.

The other is to bolster their claim to Jerusalem, a city that was widely ignored by the Arab world before the 20th century, as an "ancient" Palestinian city. The only reason for this is to deny the truly ancient Jewish roots of Jerusalem.

There is no such thing as a uniquely Palestinian culture that pre-dates Zionism. The Arabic Wikipedia page on "Palestinian culture" has very few specific examples from more than a century ago but it has a section on "resistance culture." Outside a very few exceptions of local culture like Nablus soap, Bethlehem costumes and Christian olive wood carving, Palestinians cannot point to anything cultural that ties them together. Even foods like maqlubeh that today are considered "Palestinian" come from elsewhere (in that case, it was mentioned with that name in a 13th century Baghdad cookbook.)

Since there is no historical Palestinian culture, Palestinians need to create one from scratch - and they therefore steal the culture of their neighbors. Which is exactly what they accuse Israel of doing.

This article in Wafa is a first step in yet another act of  Palestinian cultural theft.