Palestinians freaking out over "Passover sacrifice" 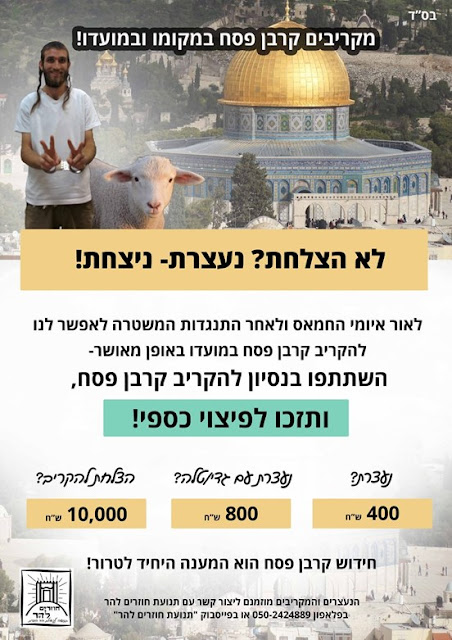 A Temple Mount rights group is attempting to have a lamb be sacrificed on the holy spot for Passover, offering cash rewards to anyone who successfully brings a lamb past security and to the Mount, and then slaughters it. Lower cash prizes are offered to those who are stopped and arrested as they try to reach their goal.

Implicit in the offer is that the Israeli guards to the Mount would never allow a lamb to be brought up.

But Muslim fanatics are so worried about this that it is a top headline in all the Palestinian newspapers. The office of President Abbas denounced the idea. So did Hamas, Islamic Jihad and a consortium of terror groups.

Which is giving the Temple Mount groups the publicity that they sought!