In 1966, Palestinians protested against Jordan - but not to create a state in the West Bank 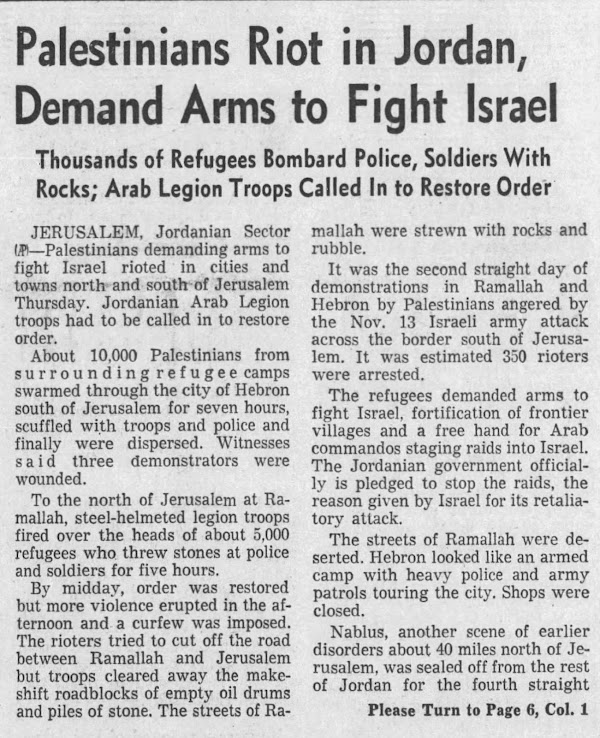 Palestinian Arabs rioted against Jordan - but not because the West Bank was "occupied."

They weren't clamoring for independence or freedom.

They wanted Jordan to allow them to freely enter (pre-1967) Israel with guns so they could kill Jews with impunity.

Jordan didn't like the idea too much, and they treated the Palestinians worse than Israel does now. Four Palestinians ended up being killed in anti-Jordan riots.