More photos of Palestinian destruction of priceless antiquities on the Temple Mount; Israel Antiquities Authority shrugs it off

In a recent letter to Prime Minister Naftali Bennett, Education Minister Yifat Shasha-Biton, and Public Security Minister Omer Barlev, attorney and chairman of the Temple Mount Organizations Aviad Visoli claims that the destruction of antiquities on the Temple Mount was similar to the damage the Islamic State did to antiquities at Palmyra when they controlled the city during the Syrian war.
"What our people have seen following the riots on the Temple Mount on Friday and Saturday, April 15-16, 2022, was horrifying. The riots pulled out ancient stones, including sections of columns, and threw them around the Temple Mount," the letter reads.
"Hundreds of antiquities were thrown on the eastern path of the Temple Mount toward the Dome of the Rock, with the purpose of blocking the path to religious Jewish visitors who visit the Mount and circle the Dome of the Rock," it continues.

We've been discussing this since the riots began.
The newspaper shows some examples of the stones being moved and broken, many in an attempt to build roadblocks so Jews cannot walk around the perimeter of the site, especially along the eastern wall where many of the ancient artifacts are piled without protection.
Some of the stones on the eastern side were dumped there when the Waqf excavated the "Solomon's Stables" area underneath the Mount. 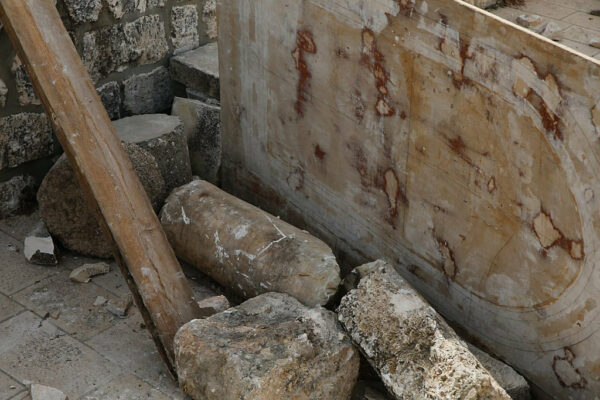 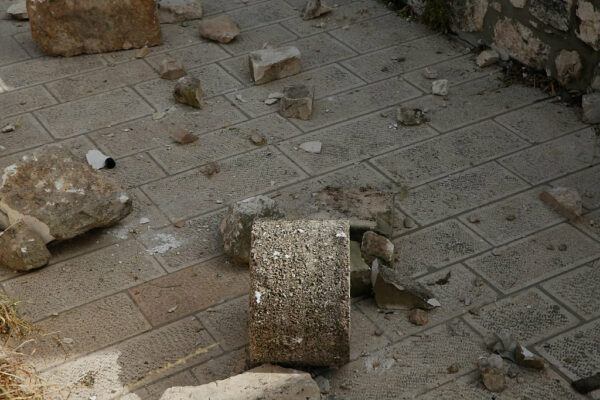 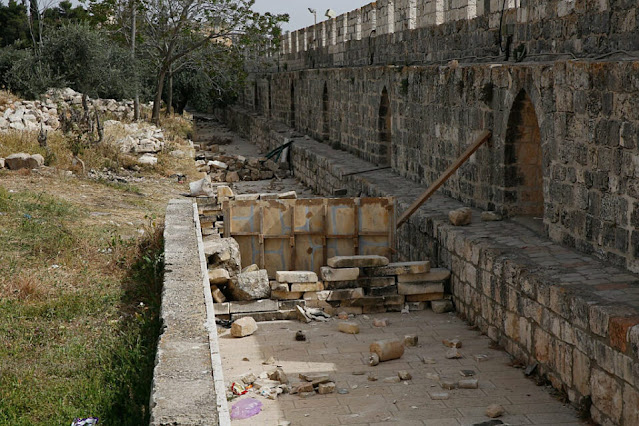 Dr. Amit Re'em, the Jerusalem District archaeologist for the Israel Antiquities Authority, responded to Visoli's letter, saying the IAA was handling the issue. Re'em stressed that most of the rocks photographed were modern, and only a few were actually archaeological remnants.
Re'em wrote that it would only be able to conduct a full assessment of damage to Temple Mount antiquities after Ramadan and the recent spate of violence were over. He noted that the IAA was keeping tabs on the situation.

"Only a few"? So that makes it OK somehow?
And forgive me if I'm skeptical about the IAA keeping tabs on the situation, because it allowed the wholesale destruction and removal of 400 truckloads of material from the Temple Mount in the 1990s, the biggest archaeological crime in history.
If the IAA is so blasé about the destruction of the most important Jewish artifacts in the world, why should we expect UNESCO or other organizations to care?
This is a crime, happening right now. Palestinians are knowingly destroying Jewish and Christian archaeological treasures. The IAA should be in the forefront of enforcing Israeli laws in protecting this site, and instead it says that "the IAA and the Waqf were cooperating on archaeological matters."
We can see the fruits of this cooperation in the photos above.
Elder of Ziyon at Friday, April 29, 2022
‹
›
Home
View web version