Israeli Arabs are buying houses in the West Bank. Why aren't they "illegal settlers"? 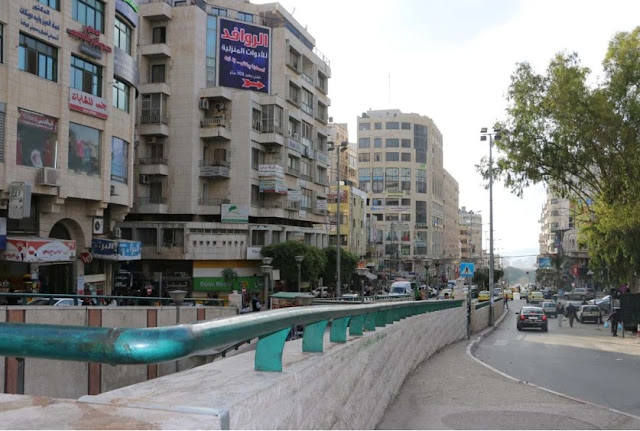 Arab Israelis in West Bank real estate is another trend that began in recent years. In some sense, it is similar to real estate investments overseas that have also sprouted in Israel. A specific trend is investment by Israeli Arabs in Turkish real estate. With prices in Israel increasing wildly, it’s no wonder that Turkey or the West Bank are seen as good alternatives.
The price differentials are definitely alluring. A 100-square-meter apartment in an upscale Ramallah neighborhood could cost between 350,000 and 400,000 shekels (around $105,000-120,000). In Jericho, you can buy a 200-sqaure-meter villa with a 750-square-meter yard with a pool for one million shekels. In other cities, prices are even lower. An apartment in Nablus costing 150,000-200,000 shekels could be a reasonable solution for an Arab family from the Galilee whose son is studying medicine at al-Najah University in Nablus, especially since prices in the West Bank are on their way up.
The flow of Israeli Arabs students to campuses in the West Bank is another reason for buying real estate there. Some estimates put the number of Arab-Israeli students there at 9,000, 5,000 of them at the American University in Jenin, in which private residential buildings have been appearing in recent years, meant for renting out to students. Some apartments there have been purchased by Arab Israelis.

Here are Israeli citizens who are buying and renting properties in Palestinian territories.
No protests. No life imprisonment for the sellers. No talk about "Israeli settlers."
Because they aren't Jewish.
How much more evidence do you need to understand that Palestinians and their supporters are antisemitic? All their claims that they are merely against Israelis and not Jews are proven to be lies by their silence about Israeli Arabs buying, renting or opening businesses across the Green Line.
Moreover, the fact that Israeli Arabs live in the West Bank disproves the other absurd charge that Israel practices "apartheid" against Palestinians.
Let's pretend that one of these Israeli Arabs joins a riot and get arrested for throwing a firebomb. He would not get a trial in a military court but in an Israeli court - just like any other Israeli citizen. The laws that apply to him would be the laws of Israel.
Which proves that all the accusations of "racism" against Israel are lies.
This is why you don't hear much about the Israeli Arabs who have residences in Nablus, or in Ariel, or in French Hill or Beit Safafa - all across the Green Line. Because they destroy the narrative of Israel discriminating against Arabs. They disprove the claims that only Jews live in "settlements" or the lie that there are "Jewish-only roads."
Elder of Ziyon at Friday, April 29, 2022
‹
›
Home
View web version