Singing and dancing about "apartheid": Puerile @Amnesty is now identical to every other anti-Israel group 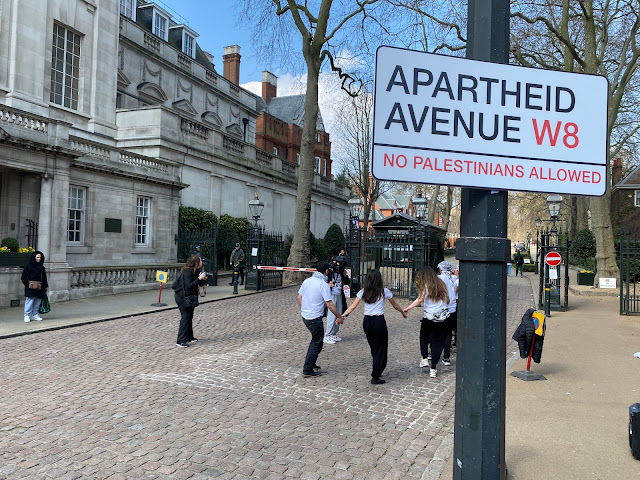 Yesterday, an anti-Israel group danced, sang and chanted outside the Israel Embassy in London, in a typical publicity stunt that we've seen countless times from the likes of IfNotNow, Jewish Voice for Peace and Students for Justice in Palestine.
But this childish stunt wasn't done by one of those groups.
It was organized by Amnesty International UK. The stunt street sign claims that no Palestinians are allowed in Israel, or parts of Israel, or, something.
If that is their definition of apartheid, then the real victims of Apartheid in the area of British Mandate Palestine are Jews.
There are far more spaces between the Jordan river and the Mediterranean where Jews are not allowed or can visit only under heavy protection then where Arabs are not allowed. All of Gaza, most of Areas A and B, the vast majority of Hebron, Jewish holy sites in Nablus and Jericho, and even the Temple Mount for most of the day. If Palestinians live under "apartheid" because of Shuhada Street - the only example that the haters ever point to - then Jews in Israel live under a hundred times worse apartheid.
But Amnesty is not concerned with facts. This dance stunt proves it.
And Amnesty's obsession with Israel ends up condoning real human rights abuses. Every minute and dollar spent on demonizing Israel is one less minute and dollar spent on actual crimes.
A 15 minute stroll away from the Israel embassy in London, on the other side of Buckingham Palace, is the Russian embassy. Maybe Amnesty isn't aware of it, but Russia has been bombing Ukrainian civilians every day for nearly a month now. Yet there are no laughing Ukrainians being sponsored to perform folk dances by Amnesty outside that embassy.
In fact, Ukrainians aren't laughing and smiling at all. Not at all like the happy "victims of Israeli apartheid" we see in this video. 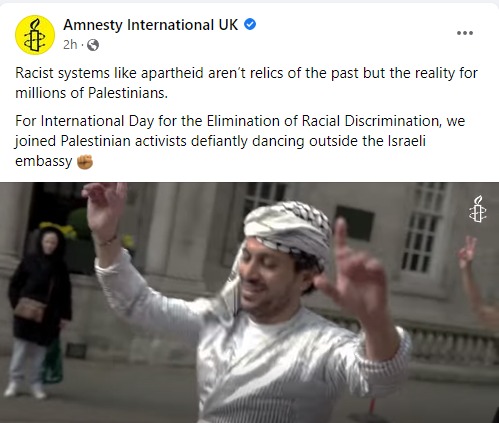 Amnesty has made its priorities clear. The banner on top of its Facebook page has remained a scurrilous accusation against Israel even as the Russia invasion is about to enter its second month. 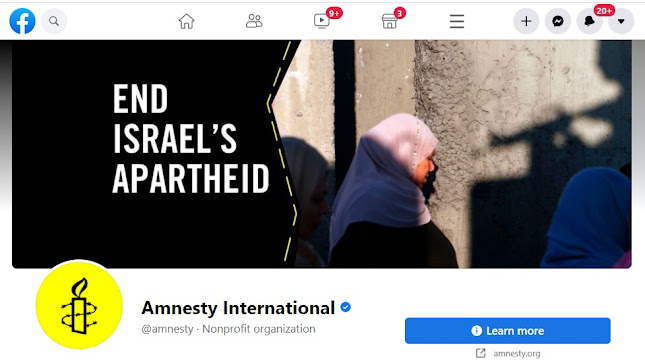 Amnesty can no longer call itself a human rights organization. It has dedicated a huge amount of its resources to attacking the most tolerant, liberal state in the Middle East - which is also the only state in the region where Jews can live in freedom and with under their own self-determination.
That is what Amnesty really objects to.
And this little dance recital proves that Amnesty doesn't care about human rights as much as it cares about destroying the Jewish state.