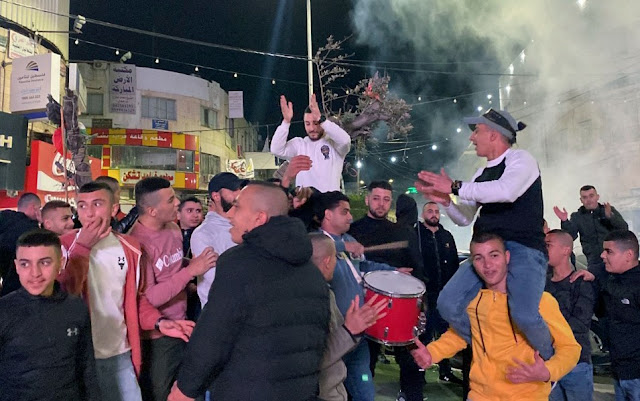 Here is how Al Quds described the celebrations in the hometown of the terrorist who murdered 5 Israelis on Tuesday:

Jenin, its camp and the town of Yabad witnessed, this evening, Tuesday, massive rallies to express pride in the perpetrator of the Bnei Brak operation near Tel Aviv, the martyr Diaa Hamrasha.
Our correspondent in Jenin stated that the celebrations included the distribution of sweets in celebration of the operation, and that as soon as the occupation announced that the martyr Hamrasha a was from the town of Ya'bad, hundreds of the town's residents went to his house.
They staged a sit-in in front of the martyr's family's house and congratulated them, while calls and statements of Hamrasha's death were broadcast via loudspeakers and praised his operation, and confirmed the continuation of the resistance approach.
In the city and camp of Jenin, hundreds celebrated the operation, with massive rallies during which sweets were distributed. According to Palestinian sources, the Hamrasha family did not receive any official notification about the death of their son, which was published by the Hebrew media.
It is reported that Diaa is a freed prisoner and was arrested on charges of belonging to the Fatah movement and currently owns a shop that sells cellular devices in his town of Ya'bad, where mourning was declared.

Note that in this mainstream Palestinian newspaper, the murderer is referred to as a "martyr."
I'm not going to say that 100% of Palestinians support these terror attacks. But zero percent of Palestinian media says anything negative about them, or about the celebrations. Never is there an op-ed denouncing the culture that celebrates death.
Even the reports that mention Mahmoud Abbas' half-hearted condemnation - probably strongly suggested by Western leaders - do not give any indication that they agree with the condemnation.
Western media shies away from describing this aspect of Palestinian society, as if it is vaguely Islamophobic to point out that an entire people largely supports or condones murdering Jewish people.
A major lesson from the Abraham Accords is that it doesn't have to be this way. This hate isn't an inherently Arab thing. It is a Palestinian thing. Only Palestinians reward terrorists with jobs and cash rewards. Only Palestinians regard the worst mass murderers as heroes. Only Palestinians hold wild celebrations when one of them successfully murders Jews.
It is an immoral society. 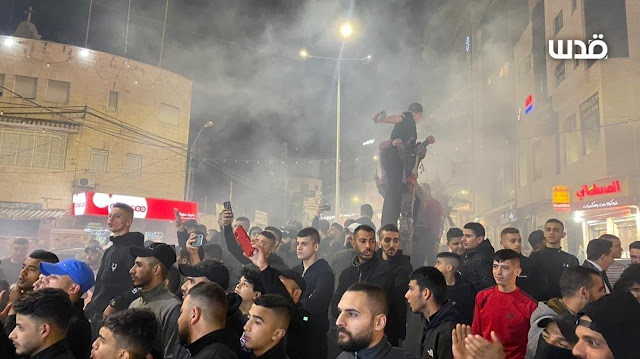