Where are the stories of Ukrainian civilian victims? 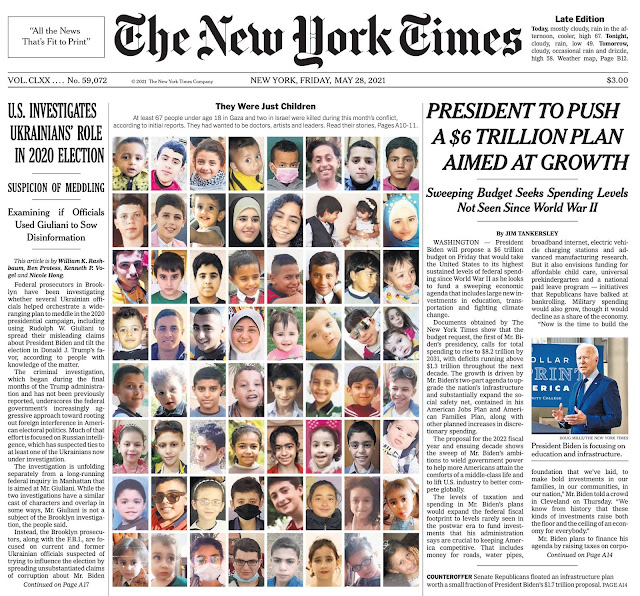 Whenever Israel is forced to defend itself from Hamas rockets, the media falls over itself to show the "human face" of the "horrors of war" - with detailed descriptions of how Palestinian civilians have died.
Sometimes these civilians aren't really civilians and are actually militants.
Most often they were used as human shields, with Palestinian terror groups hiding behind them in (and under) apartments. I've documented literally hundreds of cases of Israel targeting Hamas and Islamic Jihad leaders and the victims are either their relatives or people hosted in their houses.
Some of the victims are killed by terrorist rockets themselves, but the media blames Israel.
Occasionally, the victims appear indeed to have been the victims of a tragic mistake that occurs during war.
The media, pretending to care so much about the innocents, goes into detail on all of these victims. THe media always has a reason to give these details to their audience, and they always have a reason to avoid giving any context of how Hamas cynically makes it appear as if Israel was targeting children - a ludicrous and slanderous charge.
Yet here we are days into a war where over a hundred civilians have been killed in Ukraine (AP says over 350.) If you dig hard, you can find out details about how they were killed. 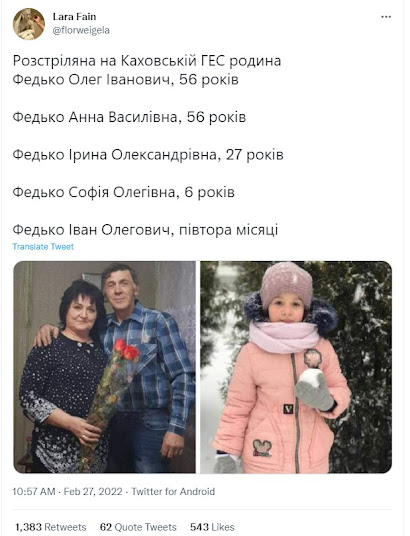 But there is none of the "victim porn" that Arab and Western media revel in when they can blame Israel.
All the excuses that they use to highlight the victims in Gaza apply a hundredfold more to Ukraine - yet the stories of the civilian victims, some horrific, are buried and difficult to find. Besides this BBC article, how many have you seen? There is no "Gaza Ministry of Health" to give precise-sounding statistics to be parroted by reporters.
It isn't as if there aren't lots of reporters on the ground in Kyiv and elsewhere.
The media are shown to be hypocrites by their disinterest in offering details of anyone killed when Jews cannot be blamed.