Not Russia. Not Iran. Ilhan Omar only supports sanctions against - Israel. 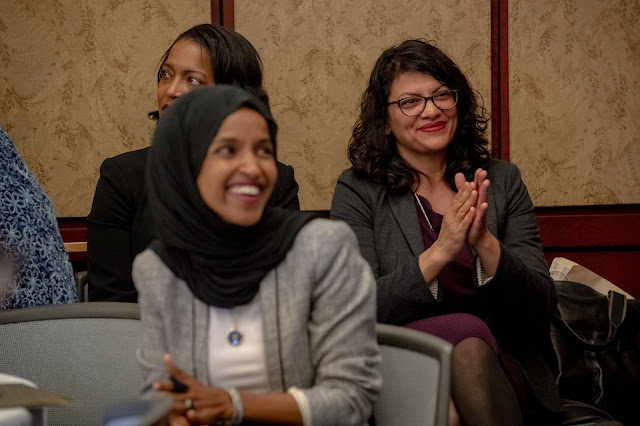 Representative Ilhan Omar issued a statement earlier this month where she said she was against sanctioning Russia over its aggressive moves towards Ukraine in a proposed Ukraine defense bill:

The proposed legislative solution to this crisis, escalates the conflict without deterring it effectively. With a very soft trigger, it vaults Ukraine overnight into the third highest recipient of U.S. security assistance and weapons sales in the world. The consequences of flooding Ukraine with half a billion dollars in American weapons, likely not limited to just military-specific equipment but also including small arms and ammo, are unpredictable and likely disastrous. It also threatens unbelievably broad and draconian sanctions that will utterly devastate the Russian economy, likely doing very little to deter Putin’s aggression while causing immense suffering among ordinary Russian civilians who did not choose this.

When Turkey invaded Syria, she was against sanctions then as well, and included sanctions against Iran and Venezuela in her denunciation:

In the White House announcement on Oct. 14 of sanctions on Turkey, Trump said, “I am fully prepared to swiftly destroy Turkey’s economy if Turkish leaders continue down this dangerous and destructive path.”

This is an unmistakable echo of the failed U.S. strategy of “maximum pressure” on Iran and Venezuela. And just as with those two countries, it would be a humanitarian and geopolitical disaster.

Her Foreign Policy page shows that she is against sanctions as a general rule:

I am pushing to end the use of sanctions and embargoes as a means of punishment and control, and instead focus instead on diplomatic solutions with a long-term strategic vision.

Except that Omar supports the BDS movement and even planned to introduce a pro-BDS bill in Congress.

And the "S" of BDS stands for "Sanctions."

It seems that she is against sanctions for the worst human rights violators in the world, the states that invade other countries, the ones who treat their own citizens with contempt. But the only state she supports sanctions for is the only one that has a majority Jewish population.