Beneath the surface, things are very bad between Israel and the US 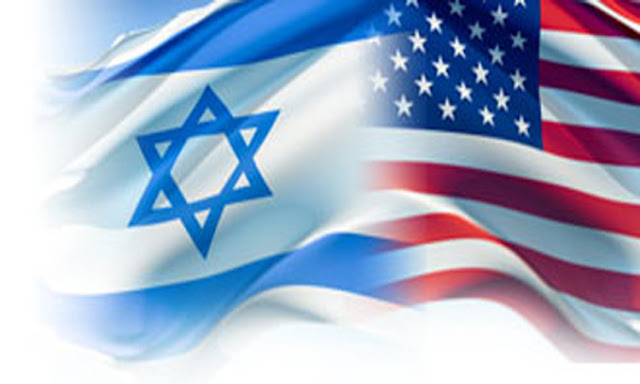 Ronen Bergman at Ynet (Hebrew only as of this writing) describes how the relationship between Israel and the US has been badly fraying since the Biden administration  has taken over, and Israeli officials are perplexed and worried.
The US announcement that it was putting two Israeli cybersecurity companies, NSO Group and Candiru, on a blacklist was made without giving Israel any real warning ahead of time, and it was clearly a message not at the companies but at Israel itself. The Department of Commerce, which made the decision, has not been answering calls or emails from Israeli officials to explain how this happened.
Bergman says that Israeli security officials are so shocked at this and other moves by the Biden administration that they have even floated the unthinkable idea of not sharing critical intelligence with the US. This seems unlikely, of course. As Bergman elaborates, Israeli intelligence has saved the lives of hundreds of US soldiers, by giving advanced warning of two major attacks on American bases - a major missile attack on the Ain al-Assad base in Iraq in January 2020 and the armed drone attack on the Al-Tanf base in Syria in October.
According to the article, much of the animosity towards Israel by Biden officials comes from their hatred of Donald Trump, and a reflexive mistrust of anyone who was allied with Trump. At the same time, the Biden administration does not understand Israel's position on Iran, and what Israeli defense and intelligence officials across the board consider to be red lines in dealings with Iran.  "At the end of the day, the Israelis will play along," one Biden official told Bergman, and that fundamental misunderstanding of some of Naftali Bennett's compromises is part of the problem.
The first signs of a fraying relationship came in March, when the State Department reversed a Trump administration cancellation of sanctions against Israeli Dan Gertler, an admittedly corrupt businessman whose ties in Africa made him rich but who also was recognized as being helpful for both Israel and US national security. The decision was announced without first consulting Israel, and was apparently more driven by a desire to reverse anything the Trump administration did than thinking about how it affects US allies.
Days later, the Biden administration leaked to the Wall Street Journal and New York Times that Israel was attacking Iranian oil tankers en route to Syria. The leaks contained top secret information from Israel, and they were viewed as a message from the Biden administration for Israel to stop those attacks, as it was trying to restart negotiations with Iran on the nuclear deal.
In April, Israel managed to destroy many of the centrifuges at Natanz in Iran, angering CIA chief William Barnes, who called then-Mossad chief Yossi Cohen demanding that the US get more advanced warning of operations like that. Cohen explained that the decision to push the button sometimes does not allow that luxury but promised to ensure more transparency in the future.
Soon after, Israel requested that the US send its Iran experts to Israel to examine detailed intelligence material about Iran. Biden agreed but the meeting never happened.
Finally, Israeli officials were astonished that after seeming to be on the same page with Iran negotiations, the Biden administration started moving towards the worst case scenario - easing sanctions on Iran in exchange for a minor reduction in Iranian enrichment activities, again without consulting with Israel ahead of time. The Biden administration seems to want to make the Iran issue go away so it can concentrate on China, ignoring that for Israel, Iran is the major issue and not something to be swept under the rug.
Israeli leaders are frustrated that even after proof of Iranian involvement in attacks on US bases, the US has refrained on publicly blaming Iran, seemingly preferring to do everything necessary to restart the nuclear talks. Iran understands the message that is can crank up the pressure and the US will not respond, much like Europe has caved and stayed in the JCPOA even after Iran violates it daily.
Things kept getting worse, with the debacle of Israel outlawing six NGOs, without giving the US much warning of the move ahead of time, and then the NSO Group blacklist.
All of these are signs of serious communications problems and a fundamental lack of understanding between the world's superpower and the Middle East's regional superpower. If the US and Israel cannot get their act together, the likelihood of a war between Israel and Iran increases.
(h/t Yoel)