Palestinian prime minister denies any trace of Jewish history in Jerusalem. (Yes, that makes him an antisemite.) 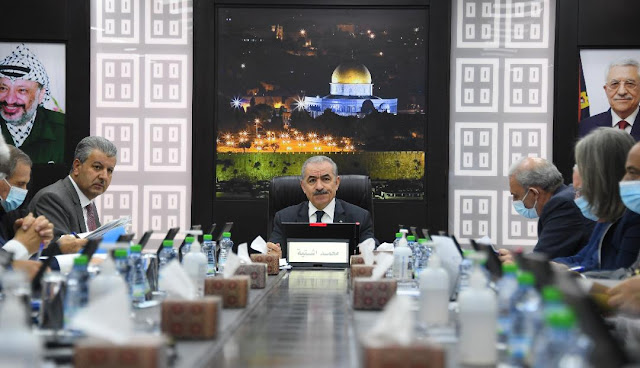 Mohammed Shtayyeh, the prime minister of the Palestinian Authority, is considered a moderate. He is looked upon as someone the West can deal with.
He received a Western education, getting his PhD from the University of Sussex in Brighton. He does not have a history of being involved in terror attacks. He has published books and has written at least one op-ed in the New York Times. He was received with respect in his latest trip to Europe this month.
And it just so happens that he is an antisemite.
This week's Palestinian cabinet meeting was in Al-Ram, just outside Jerusalem's municipal borders. During the meeting, Shtayyeh spoke about Jerusalem:

We are on the outskirts of the eternal capital, the jewel in the crown, the point where heaven and earth meet, the flower of all cities, the object of longing of the hearts of the Muslim and Christian Believers who come to it to pray in the Al-Aqsa Mosque and to walk on the Via Dolorosa in order to pray in the Church of the Holy Sepulchre, which witnessed the signing of the Pact of Umar, in which the Caliph Umar pledged to the people of Iliya (the Arab version of Aelia Capitolina/Jerusalem) that no Muslim would pray in their church. “Iliya Al-Quds” has Canaanite, Roman, Islamic, and Christians antiquities and is theirs alone, and no one else has any traces in it.

Denying Jewish history, and deliberately denying the historic importance of Jerusalem to Jews, is antisemitism.
Before Palestinian nationalism, no Muslims ever denied the Jewish history of Jerusalem. It is well accepted that the entire reason the Dome of the Rock was built was as a successor to Solomon's Temple. The Waqf used to admit this as "beyond dispute." 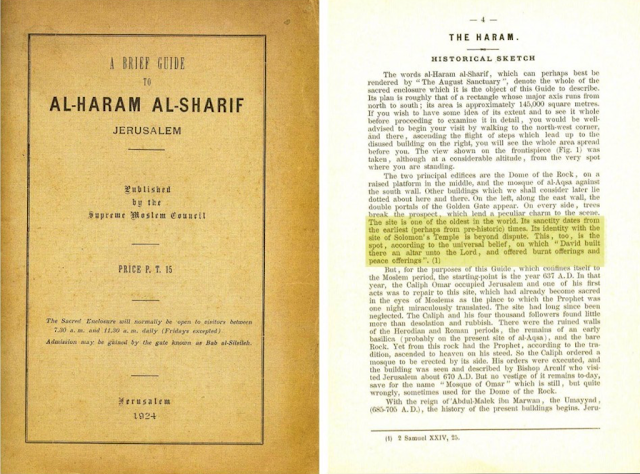 Temple denial is only a few decades old, and only became popular when Yasir Arafat denied the Jewish Temples were ever in Jerusalem to Bill Clinton.
Shtayyeh is going beyond that, denying the clear historical, archaeological, cultural and religious evidence of the unbreakable Jewish attachment to Jerusalem.
This is antisemitism, and this respected face of Palestinian politics is an antisemite.
Unfortunately, antisemitism isn't enough to disqualify Palestinian politicians from being respected and honored by Western leaders.
In a fair world, he should be treated exactly as if he would have denied slavery of Black people. But antisemitism in the guise of "anti-Zionism" is not only respected, it is celebrated.
(h/t Ibn Boutros)
UPDATE: In English, Shtayyeh said only last week, “The issue for us is not about Jews and Judaism. We have a great respect to every single Jewish person in the world.”