Another house in Silwan sold to Jews - 3rd this month 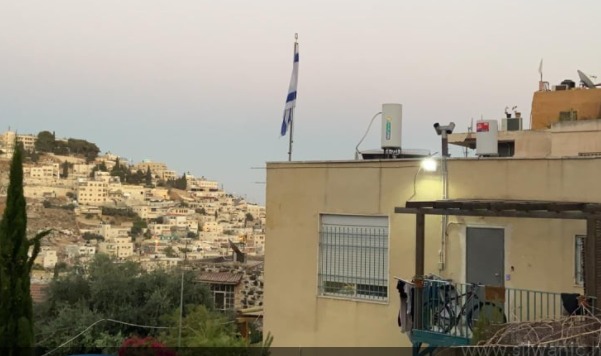 Silwanic reports that Fawzia Bader Zahran sold her apartment in the Wadi Hilweh (City of David) neighborhood in Silwan to the Elad Jewish settlement organization.
She was the wife of the late Ahmad Jum'a al-Qaq,. who put the property in her name in 1993.
Zahran herself fled to Jordan.
Family members have distanced themselves from her, saying that they did not approve the sale and that they are trying to get it annulled.
Fawzia Bader Zahran "leaked" (sold) an apartment in the Wadi Hilweh neighborhood in Silwan to the Elad settlement association.
Today, Jews moved in to the house.
This is the third sale from Arabs to Jews in this neighborhood, known to Jews as Kfar Hashiloach, in the past month. In each case the family fled after selling the house to save their lives, because selling a house to a Jew can mean death.
Which is perfectly OK to "human rights" leaders who seem to agree that the worst war crime possible is Jews owning and building houses on the east side of an arbitrary line drawn in 1949 that was never a border. Certainly threatening to kill someone for selling a house to a Jew is acceptable behavior - if not laudable.