The (far) Left cannot solve antisemitism, because they are part of the problem 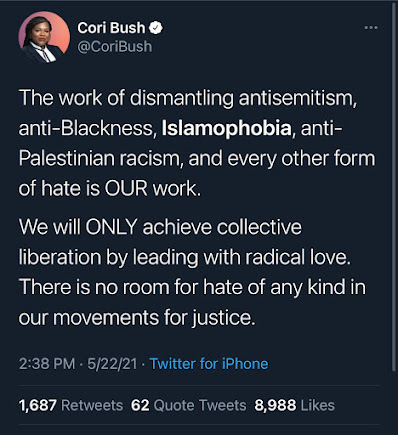 The biggest progressive lie about antisemitism is that it must be fought in conjunction with fighting racism, homophobia, Islamophobia and so forth.
It is not close to true.
There are a few reasons for that.
Firstly, none of the other hates are based on a conspiracy theory. People hate minority groups because they are the "other" or they feel threatened and people retreat into fear and hate.
But Jew-hate is different - it is the only hate that is based on a conspiracy theory. It claims that Jews (Israel) secretly control the media, the banks, the government. That they work together in secret cabals with the goal of world domination (or Middle East hegemony.) No accusation is too lurid to be hurled at Jews/Israel - baby killers, ethnic cleansers, disease spreaders, stealing organs, lying about their very history.
The tools to fight the other bigotries are not at all the same tools to fight Jew-hatred.
Secondly, when the far Left says that all bigotries should be fought together, they really mean that antisemitism goes to the back of the line. Only after the other hates are eliminated - which will never happen, because the same Left claims racism is systemic and built into the very DNA of white people - will they supposedly take up the lowest priority. Meaning, never.
Thirdly, this supposed plan doesn't account for the fact that a great deal of antisemitism comes from the other "victim" parties themselves - Black antisemitism and Arab/Muslim antisemitism are far more prevalent among those groups than the general population. The Left cannot admit this to themselves because it destroys their thesis that victims are pure. They want to punish the victimizers, not the victims. (Jews are never the victims.)
Finally, the entire construct denies the basic fact that there is a great deal of Leftist antisemitism hiding as anti-Zionism. The tropes are the same, the hate animating them are the same, the obsession is the same. When the far Left claims to be against antisemitism, they only mean one specific kind of antisemitism and they have no ability to look in the mirror and see their own. Which may be the real reason they sweep it under the rug and give it only lip service.
We are seeing a huge surge in antisemitism now - and it is all because of years of priming the West into believing the lies about Israel's unsurpassed evil. The current wave is not a bug, but a feature, of the demonization of the Jewish state that has become mainstream in the opinion pages of the world's leading newspapers. Now, the haters feel confident that they can go public with their hate without much fear; after all, their noxious opinions have been shared privately among themselves for years without any brave Leftists standing up and saying that this is against everything that they should be standing for.
Even today, the leading lights of the US progressive movement cannot unequivocally denounce antisemitism - because such a statement would hurt them among the extremists that they depend on to be enthusaistic (and mindless) supporters.
The progressive Left is not equipped to fight antisemitism because today's antisemitism is enthusiastically embraced by those progressives.