Palestinian groups in US fundraising for their heroes who attack Jews

⚠️Thursday May 20th, approx. 6:44 PM, at 1604 Broadway, a male, 29, wearing a yarmulke, was assaulted by a group of males who, knocked him down, punched, kicked and pepper sprayed him and hit him with crutches, while making anti-Semitic statements. Know them? ☎️1-800-577-TIPS pic.twitter.com/NDgmJ79MHt

The only person so far arrested for that horrific assault of Joseph Borgen is Waseem Awawdeh. 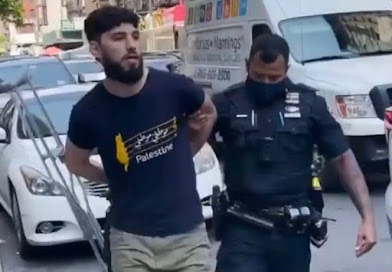 Here's the aftermath of the attack.
When Awawdeh posted bail, he was lauded as a hero by his fellow Jew-haters.
How did Awawdeh post bail?
Because a group of well-known pro-Palestinian organizations put together a fundraiser to support an antisemite.
A brand new organization called The Palestine Freedom Fund was created specifically for this fundraiser and it is managed by an alliance including Al-Awda, the Palestine Right to Return Coalition – NY; American Muslims for Palestine – NJ; Samidoun Palestinian Prisoner Solidarity Network; and Within Our Lifetime – United for Palestine.
Their site says,

Awawdeh saud after posting bail that he does not regret attacking a defenseless Jew and would happily do it again.
The Israel haters like Peter Beinart pretend that these sorts of incidents are not representative of the "pro-Palestinian" movement. 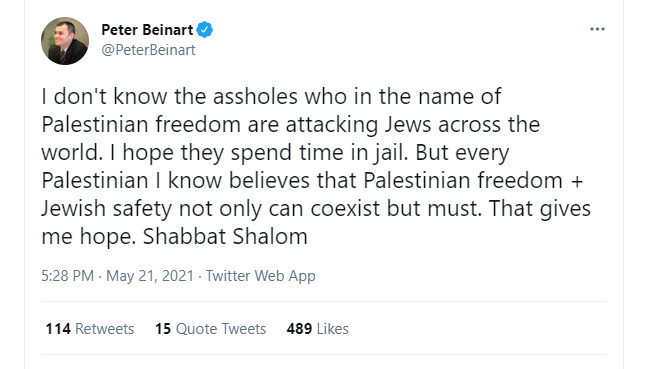 They know this is a lie. They are quite familiar with Samidoun and Al Awda and what their goals are.
And here we have proof positive that these Palestinian organizations directly support antisemitism and those who target Jews - and call their being arrested "persecution."
The Palestinians and their fans at these rallies aren't against antisemitism. They wholeheartedly support it. This is the story that the media refuses to touch.
(h/t kweansmom)