The antisemitism that has been unleashed in the past week has been horrific and widespread.
In Belgium, crowds screamed "Khybar, Khybar, oh Jews, the army of Mohammed will return" - a direct call to genocide of Jews.
In New York, a Jewish man is beaten and bloodied during an anti-Israel rally and others scream "Fuck you!" to him as he sought safety in a store. 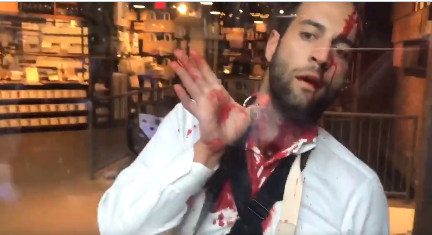 In Toronto, a Jewish man is beaten with sticks during an anti-Israel rally.
At a London anti-Israel rally, a man literally jumps on top of Jonathan Hoffman's head.
On Finchley Road, London, this morning, a car with a loudspeaker broadcast, ""Fuck the Jews"  "Fuck their daughters"  "Fuck their mothers" "Rape their daughters" ...and "Free Palestine."
Also in the UK, a "messianic synagogue" in Norwich was sprayed with graffiti saying "Kike/Free Palestine" and a swastika. 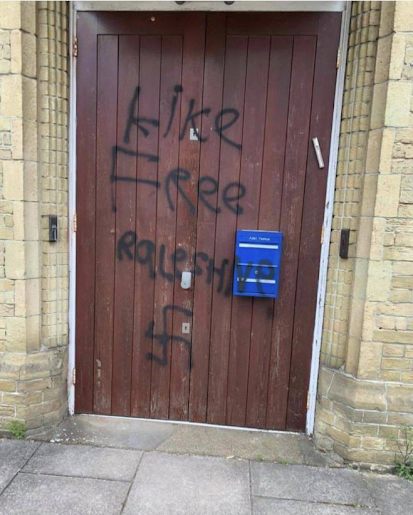 The amount of pure antisemitism in social media is unreal. Every minute there are new tweets comparing Jews (not Israelis - Jews) to Nazis, or that Hitler was right, all day and all night. 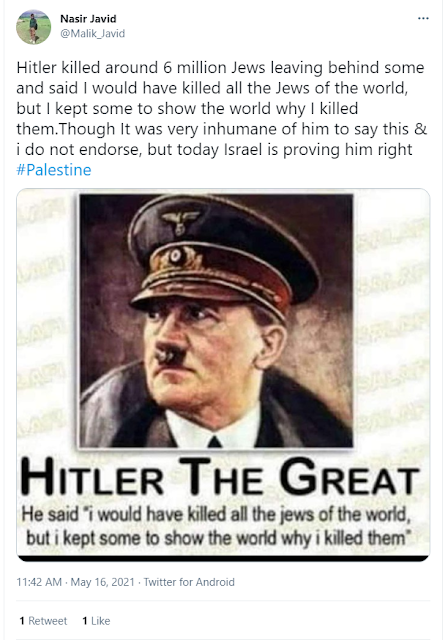 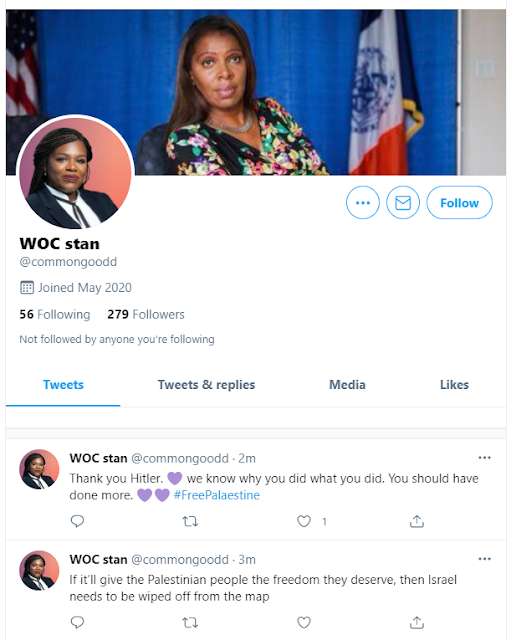 Not to mention a Pakistani actress with 1.2 million followers admiringly shared a fake Hitler quote, "'I would have killed all the Jews of the world… but I kept some to show the world why I killed them."  To make it clear, she added, "Free Palestine."
This isn't about Gaza.  We've never seen such hate after any Western action in Syria or Afghanistan. No British crowds marching through malls to protest airstrikes in Iraq.
This is bigotry in its most ugly, rawest form.
Gaza is an excuse to find a socially acceptable way to publicly express Jew-hatred while pretending that your hate is righteous.
And while it is more subtle, that is exactly what is behind nearly all the obsessive hate of Israel we see every day of every year.  Nothing else explains this level of hate, and clearly it isn't because of the supposed victims - Arab persecution of Palestinians is ignored by the anti-Israel crowd as well.
The way we know that anti-Zionism is antisemitism is that the anti-Israel Leftists who swear up and down that they are against antisemitism have not said a word about these incidents. And certainly none of them have popped up and said they would protect the Jewish right to counter-protest or even walk around unmolested.