As expected, it appears that Abbas will use Jerusalem as an excuse to postpone elections 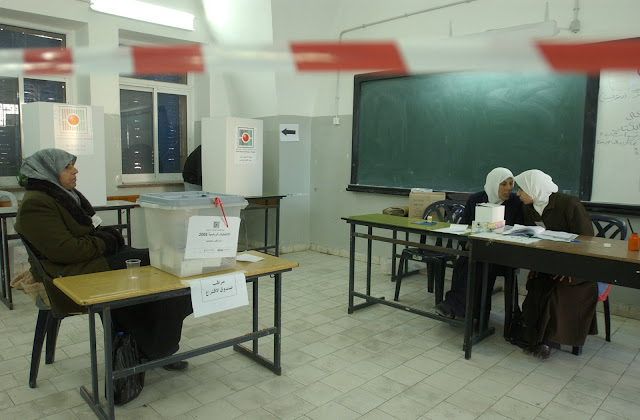 The Palestinian Authority has decided to postpone the upcoming elections and has informed representatives of the international community as well as Egypt of its decision, Army Radio reported Monday.
It is expected there will be an official announcement from Ramallah in the coming days, and the Kan public broadcaster reported that the Palestinian leadership was set to meet on the matter on Thursday.
Army Radio reported that the official reason to be given for the delay was Israel’s refusal to allow East Jerusalem residents to vote in the May 22 elections, the first Palestinian legislative elections in 15 years.

Let's remind everyone of some facts.
First of all, Israel hasn't refused to allow Arabs in East Jerusalem to vote. In previous elections, Israel allowed "ballot boxes" to be placed in some post offices, where they would be transported to the West Bank to be counted. It has not yet made a decision on whether to allow them in this election, although given that this is included in the Oslo Accords, chances are very good Israel would have allowed them in the end.
Secondly, those "ballot boxes" are purely symbolic. Every single Arab in Jerusalem who wants to vote needs only to travel a short distance to the suburbs where they can vote freely. Only some 6000 Arabs in Jerusalem are served by those post offices, out of around 150,000 of voting age who live there. If Palestinians are interested in a democratic election, there is no difficulty in everyone being able to vote.
Thirdly, Fatah is now split into three parties, weakening its chances of winning the election. It is convenient that this issue is suddenly considered important enough to postpone the vote (although Abbas has been threatening this from the beginning.)
Interestingly, a recent poll by a group I had never heard of before put the Fatah list way ahead of all others with 32% of the vote, while Hamas and the Fatah offshoots each had about 10%. A March poll by a much more respected organization gave Hamas about 30% of the vote, so my guess is that the methodology of the new poll is suspect.