The Palestinian Authority could have paid top dollar for COVID-19 vaccines for every citizen. It paid terrorists instead. 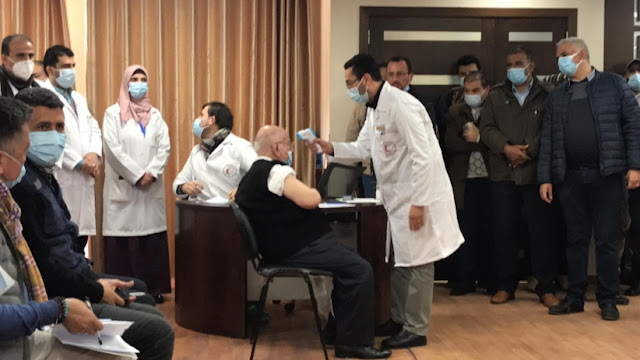 Palestinian Media Watch reports that during 2020,  the Palestinian Authority continued to pay salaries to terrorist prisoners, hiding the salaries under the budget line of “PLO institutions.” The total payments in 2020 to terrorist prisoners and released prisoners were at least 512 million shekels, which is over $156 million.
There are about 4.5 million people under Palestinian rule, of which about 2.5 million are over 20 years old.
For $156 million, the PA could have purchased two doses of the Moderna vaccine at an expensive $30 a dose for every adult Palestinian. For the Russian Sputnik-V vaccines, they could have purchased enough for every single citizen of any age at $10 a dose and still had $66 million left over for other critical expenses.
Instead, they pay terrorist salaries, on a sliding scale, where the more Jews they attacked roughly means more money from their government.
One of the arguments that anti-Israel activists use to justify their demand that Israel provide free vaccines for Palestinians is that the Palestinians cannot afford to buy their own without wrecking their economy. These people seem to agree that it is more important for Palestinians to pay terrorists than to pay for vaccines.
Elder of Ziyon at Monday, February 22, 2021
‹
›
Home
View web version