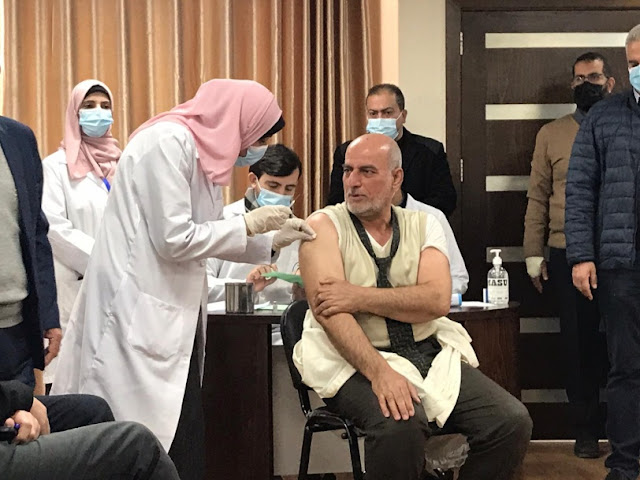 Today, finally, Hamas started the process of inoculating Gazans with the Russian Sputnik-V vaccine.
Besides the 2000 doses sent through Kerem Shalom last week, another 20,000 doses were donated by the UAE and were shipped in through Egypt yesterday.
That is interesting in itself. The UAE, still upset at the Palestinian Authority for rejecting its own COVID-19 aid last summer, apparently decided to bypass the PA altogether and send vaccines straight to Gaza.
And they worked with Mahmoud Abbas' political rival from Fatah, Mohammad Dahlan, who is angling to be a player in the upcoming planned election.
Politicizing vaccines would be considered reprehensible if done by anyone but Palestinians. (Yet another example of the "Palestine exception.")
The other interesting fact about the vaccines in Gaza is that even though the Hamas health ministry opened up an online registration drive, only 7,000 out of 2 million Gazans actually signed up for vaccines so far.
After all of the publicity of the delay of bringing vaccines in to Gaza, it seems that most Gazans aren't too interested in getting the vaccine anyway, at least up until now.
The first people to receive the shot, in front of reporters, were former Gaza health ministers.
Elder of Ziyon at Monday, February 22, 2021
‹
›
Home
View web version