How Jews were treated in Morocco in the late 19th century

Here is an account of Jews in Fez, Morocco, part of a longer article about Morocco that was published in the (Chicago) Inter Ocean, November 4, 1894.
Although the article seems slightly exaggerated (Jews weren't forced to wear peyos, and I am skeptical that there was a death penalty for a Jew being on a street with a mosque), the article describes how the Jews are persecuted by their Muslim neighbors.
It also has a fair amount of the typical unconscious antisemitism that is often seen in 19th century newspaper articles. 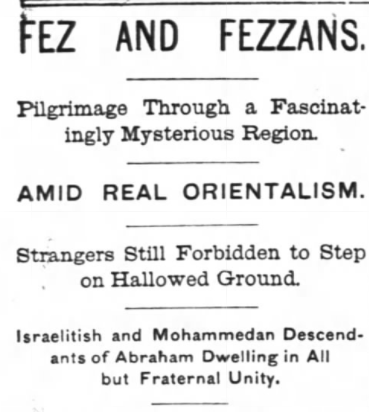 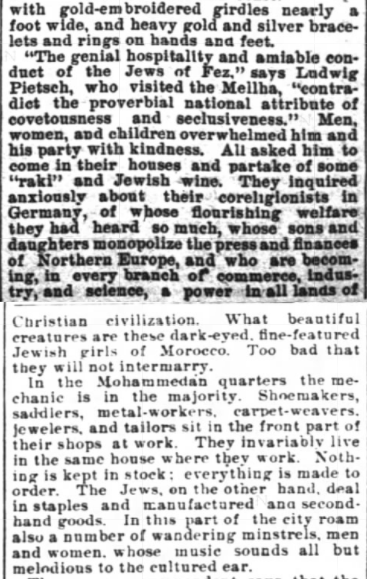