What was Joe Biden's role in pushing UNSC 2334? 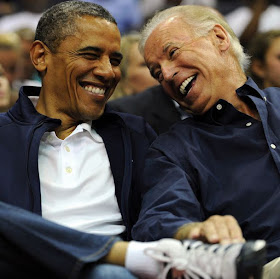 In the waning days of the Obama administration, the US pushed the UN Security Council to pass UNSC 2334, which called on all nations “to distinguish, in their relevant dealings, between the territory of the State of Israel and the territories occupied since 1967” and which explicitly included "East Jerusalem" in the definition of occupied territories.
It was the first anti-Israel resolution not vetoed by the US in the Security Council since 2002. It essentially strips the rights of Jews to the entire Old City, including the Jewish Quarter, the Temple Mount and the Western Wall.
It soon became apparent that the US orchestrated this resolution and cajoled all the other Security Council members to support it, where a US abstention would allow the resolution to pass.
Clearly this was a deliberate message from the Obama administration to Netanyahu. But what role did Joe Biden have in it?
According to Vladislav Davidzon writing in Tablet magazine, Biden directly participated in pressuring Ukraine to vote for the resolution:

A wealth of evidence is now emerging that, far from simply abstaining from a UN vote, which is how the Administration and its press circle at first sought to characterize its actions, the anti-Israel resolution was actively vetted at the highest levels of the U.S. Administration, which then led a pressure campaign—both directly and through Great Britain—to convince other countries to vote in favor of it.
Tablet has confirmed that one tangible consequence of the high-level U.S. campaign was a phone call from Vice President Joseph Biden to Ukrainian President Petro Poroshenko, which succeeded in changing Ukraine’s vote from an expected abstention to a “yes.” According to one U.S. national security source, the Obama Administration needed a 14-0 vote to justify what the source called “the optics” of its own abstention.
“Did Biden put pressure on the Ukrainians? Categorically yes,” said a highly-placed figure within the Israeli government with strong connections to Ukrainian government sources, who confirmed to Tablet that the Americans had put direct pressure on both the Ukrainian delegation—and on Poroshenko personally in Kiev. “That Biden told them to do it is 1000% true,” the source affirmed.
The phone call between Poroshenko and Biden, which took place on December 19th, has been officially acknowledged by both parties. The Ukrainian presidential administration’s official statement on the particulars of the discussion contains no mention that the settlement vote was discussed. Vice President Biden’s national security advisor Colin Kahl—who, incidentally, was one of the staffers instrumental in a failed attempt to have any mention of Jerusalem removed from the 2012 Democratic Party platform—has tweeted several denials.
But a spokesman for the Ukrainian Presidential administration pointedly refused to either confirm or deny that a section of Biden’s call not covered in the read-out consisted of the US Vice President personally lobbying Ukraine to vote “Yes” on the Security Council resolution. The American pressure campaign, according to multiple sources, went beyond the single phone call between Poroshenko and Biden; according to these sources, the Ukrainians had wanted to postpone the vote by several days as a gesture to the Israelis, but the U.S. refused.

Environmental Protection Minister Ze’ev Elkin claimed to The Jerusalem Post on Monday that US Vice President Joe Biden intervened ahead of Friday's vote on UN Resolution 2334 in order to persuade Ukraine to vote in favor of the resolution.

The resolution is the first in Security Council history specifically condemning Israel for its settlement activity in the West Bank and East Jerusalem.

Elkin said openly that Biden spoke to the Ukrainians, and that they would have abstained had he not intervened. A source said Ukrainian President Petro Poroshenko's office confirmed that Biden called but would not confirm or deny that the conversation had to do with Israel.

Given that the US was working furiously behind the scenes to get this vote passed - and that the Obama administration denied that they were behind it - plus given the fact that Biden clearly called Poroshenko at the same time, indicates strongly that Colin Kahl's denials are untrue. (Dan Shapiro and Ben Rhodes also denied that the US had anything to do with the timing or text of the resolution.)

Interestingly, the Jewish Democratic Council of America, in an article about Biden's Israel record, chooses a different tack when discussing Biden's role in UNSC 2334. Instead of distancing him from the vote, they try to downplay the resolution altogether:

What made Obama different from previous administrations in this respect was not that he broke with Israel on a U.N. vote, which all administrations have done, but that he only did it once, and on a vote with little if any practical effect on Israel.

They are conflating Security Council resolutions with regular General Assembly resolutions. And the denials by Obama administration officials that the US had anything to do with the resolution

We have lots of ideas, but we need more resources to be even more effective. Please donate today to help get the message out and to help defend Israel.
Elder of Ziyon at Thursday, November 12, 2020
‹
›
Home
View web version