What can we expect from a Biden administration on Israel and Jews? 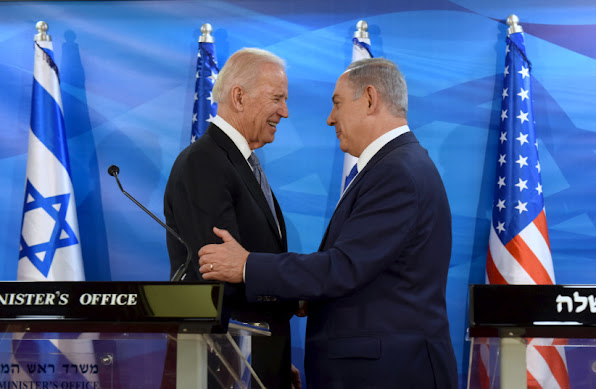 One of the amazing things about Donald Trump's tumultuous administration was that he essentially redefined what it means for a president to be pro-Israel.
From around 1973  until 2008, there was large agreement as to what pro-Israel meant. It meant supporting Israel's existence, it meant providing Israel with weapons and allowing it to keep a qualitative military edge over its Arab enemies. It meant speaking at AIPAC. But that was about it.
Obama started to redefine what "pro-Israel" means by embracing the liberal J-Street definition, one that practically no Israelis would agree with. He tried to claim that trying to bully Israel into giving up strategic lands is "pro-Israel." A Palestinian state is "pro-Israel."
Trump moved things way in the other direction. He had no problem with a two-state solution - as long as Israel agrees to the terms. He finally moved the embassy to Jerusalem. He recognized the Golan Heights as part of Israel, which as far as I know wasn't even an Israeli request. He made some noises about the settlements but his peace plan would allow Israel to keep virtually all of them.
So what will happen now under a Biden administration?
Biden is not Obama. He is more an old-school pro-Israel Democrat. But things have changed.
Almost certainly all of the momentum towards Israeli normalization with other Arab countries - Oman, Morocco, and especially Saudi Arabia - will stop. Perhaps it has already stopped. Relationships between Israel and those other countries will continue to improve beneath the radar but those countries will not risk public recognition.
The good news is that he says he will not move the embassy back to Tel Aviv. But he will probably re-open a Palestinian consulate in east Jerusalem and also re-open the PLO mission in Washington. He will probably resume USAID money to the Palestinians and he will probably resume aid to UNRWA.
In those cases, the devil is in the details. How much oversight will that money have?
Biden says he will "push" the PA to end "pay for slay." What that means is unclear, especially since the PA isn't the one who pays the terrorists now, but its parent PLO.
Settlements will once again be considered "incompatible with international law."
The biggest and most problematic move would be the resumption of the Iran deal. Giving Iran a lifeline will give Iran the flexibility to give Hezbollah and other groups more money, not to mention oxygen for its ballistic missile development program which was not covered by the JCPOA. He says that he will try to extend the "sunset clause" of Iran being able to resume nuclear activities, but as we saw with Obama, the zeal to cut a deal can allow a poor deal to be cut. And would he stand up to European allies who want the deal resumes in order to trade with Iran?
There is no doubt that the Biden administration will not push the IHRA working definition of antisemitism the way that the Trump administration has, even if he personally believes that some anti-Zionism is antisemitism. I am not sure that Joe Biden would cancel Trump's executive order on combatting anti-semitism but I can see him quietly instructing the Justice Department not to enforce the parts that refer to the IHRA working definition.
I also expect that Biden would replace Elan Carr as the State Department Special Envoy for Monitoring and Combating anti-Semitism. Carr has been pushing the IHRA working definition hard, and there would be too much opposition to that from other Democrats.
There are a lot of articles about how pro-Israel Biden and Harris are. By a Democratic yardstick, this is probably true. However, both of them seem to they really, really dislike Benjamin Netanyahu. The lack of a warm relationship with Israel's leader is always a red flag, and it indicates that their pro-Israel positions are not going to be as warm as Biden's stories about Golda Meir try to indicate.
A lot depends on who Biden would choose for Secretary of State. Front runners Chris Coons and Chris Murphy are similar in their pro-Israel voting records, although both opposed moving the US embassy to Jerusalem and supported the JCPOA. Murphy has aligned himself with the more Leftist Democrats recently. Susan Rice may be more problematic and most likely to revert back to Obama's positions. Another front runner, Tony Blinken, follows Biden's line on Israel but claims that he recommended the US veto UNSC 2334 that the lame duck Obama administration allowed to pass.
We have lots of ideas, but we need more resources to be even more effective. Please donate today to help get the message out and to help defend Israel.
Elder of Ziyon at Sunday, November 08, 2020
‹
›
Home
View web version