Looking back at articles from the 1970s, when the Communist bloc was heavily into its "anti-Zionist" campaign, the news media saw how obvious it was that anti-Zionism is antisemitism.
From UPI, January 19, 1971:

From syndicated columnists Evans and Novak, November 12, 1976, the reporting that Soviet anti-Zionism was virtually identical to the antisemitism in the Protocols of the Elders of Zion:

Even the New York Times news service recognized that leftist anti-Zionism was Jew-hatred. May 31, 1978: 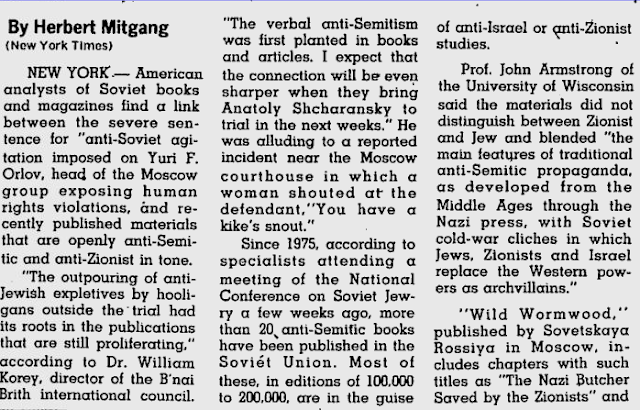 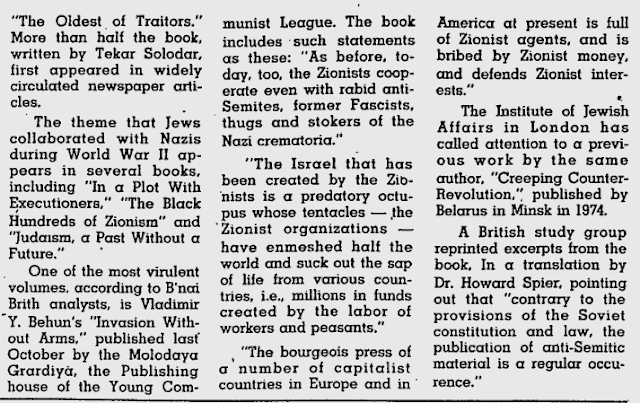 Just like today, the socialist Left strenuously denied that they had any problem with Jews. But since these early attempts to pretend to be okay with Jews were so laughable, the Left has refined its message over the years to be less overtly antisemitic.
Even so, the origins and the underlying bigotry are the same today as they were then.

We have lots of ideas, but we need more resources to be even more effective. Please donate today to help get the message out and to help defend Israel.
Elder of Ziyon at Tuesday, November 24, 2020
‹
›
Home
View web version